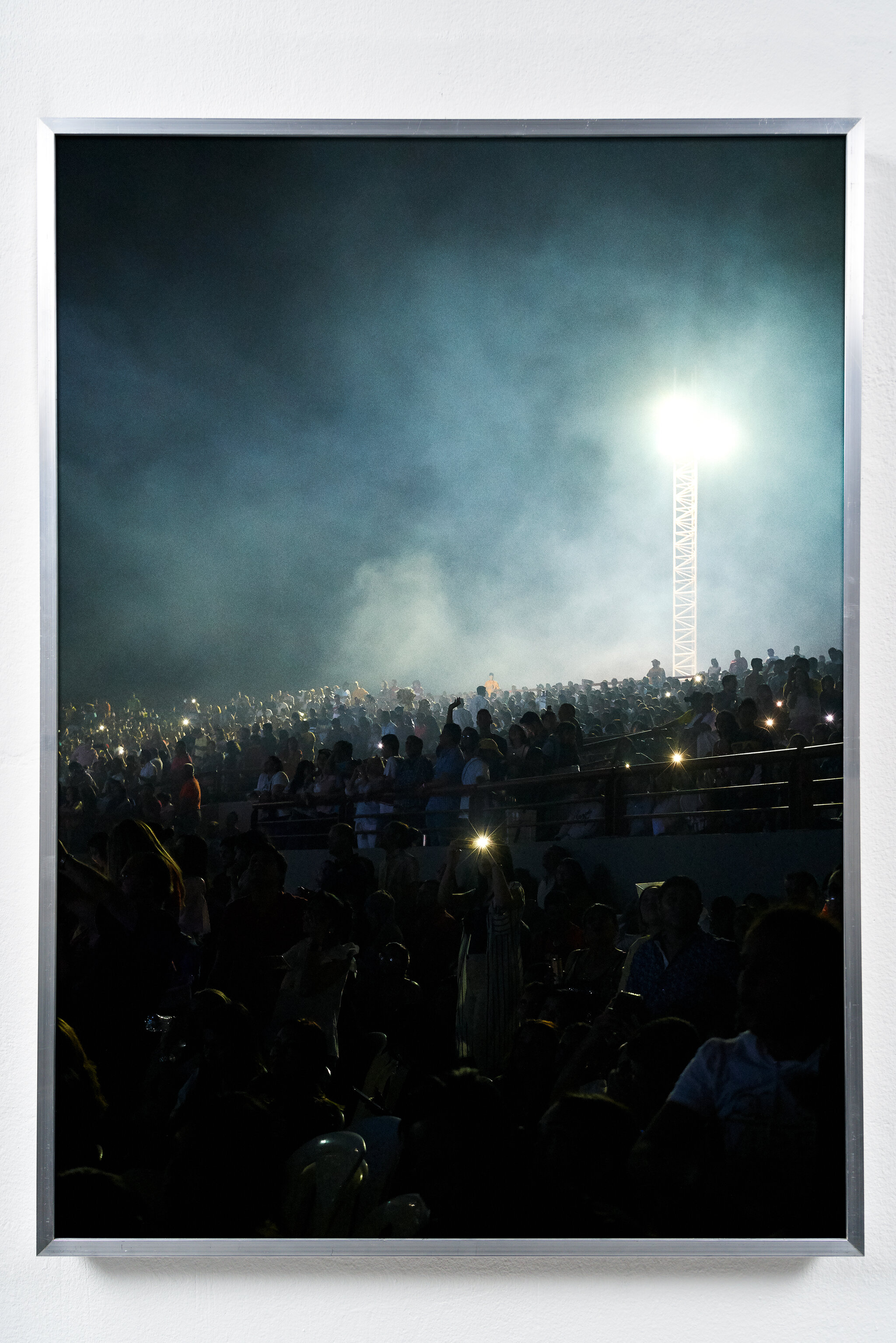 This image was taken in Valledupar during the Vallenato Legend Festival which is one of the most important music festivals in Colombia. It features vallenato and folk music. The stadium itself (Parque de la Leyenda) takes its name from the site of the legend near the river Guatapurí.

The Legend: The legend says that during the Spanish colonial period, two Amerindian tribes from the Tairona culture, the Tupe and the Chimila, along with other members of other tribes, rebelled against the Spanish colonisers after one indigenous woman named Francisca, who worked as a maid for a Spanish family, was severely punished by her jealous master, who cut her hair and whipped her publicly. One of her fellow Indian tribesmen also working for the Spaniards, escaped, and told his tribe's cacique about this offensive insult. The angry Indians organised an attack, destroying most of the town and killing many people. When they tried to destroy the temple, the "Virgin of the Rosario" appeared and blocked their arrows with her cape, preventing them from destroying it. The natives, scared, escaped to the Sierra Nevada de Santa Marta, and knowing that the Spaniards would follow them and would be in need of drinking water, they poisoned the "Sicarare lake". This resulted in the death of all the Spaniards involved. The Virgin reappeared and began touching their bodies with her wand and reviving them. The surprised Indians finally surrendered. (Wikipedia)