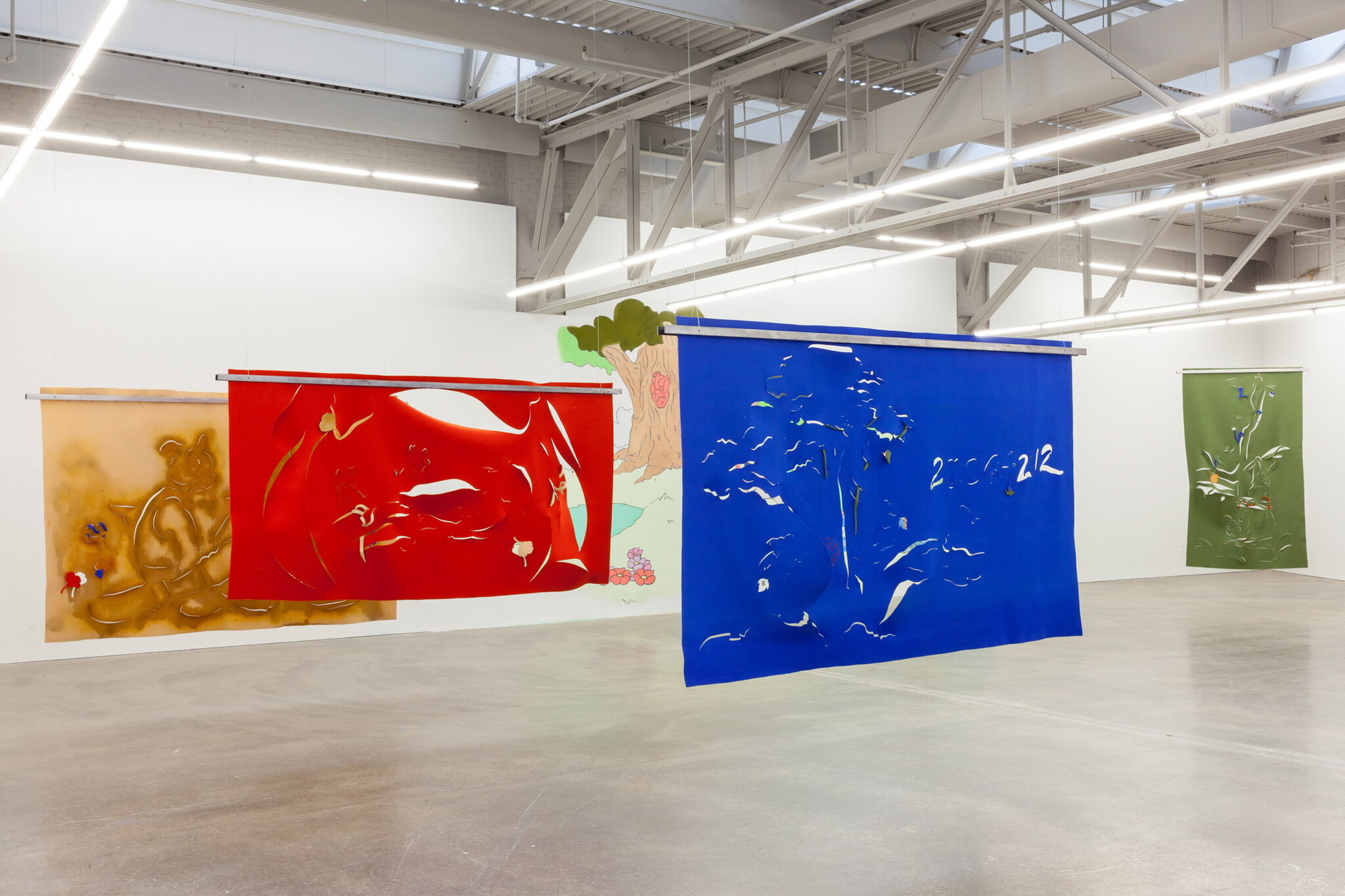 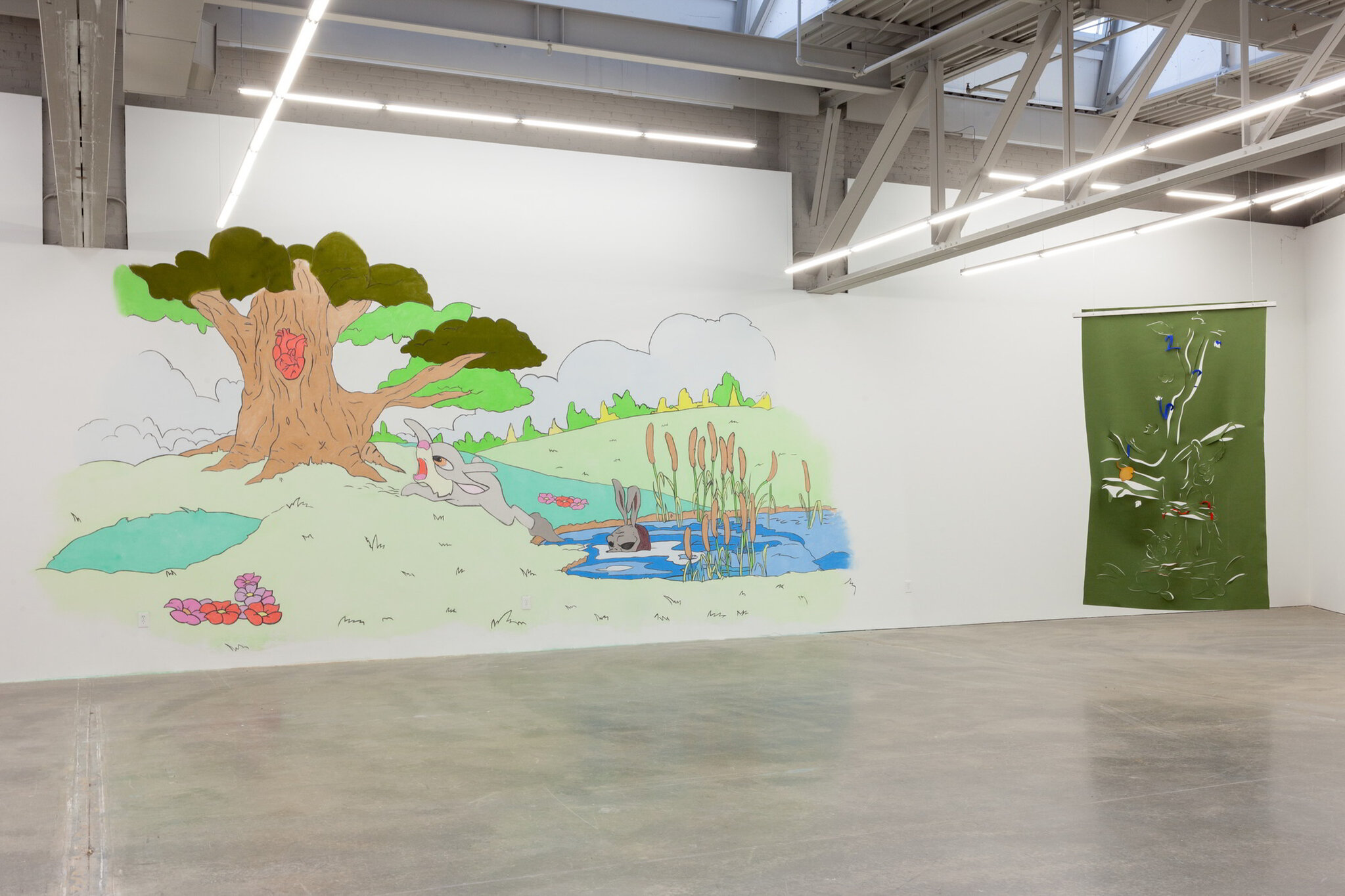 “I can do anything I want, and so can you.” So, says a 6ft deranged rabbit. Frank, a bodily amalgamation of the anger, frustration and desire that prowl in the psyche of youth with no outlet. A shadow of wickedest impulses. The movie Donnie Darko was released two years after Dena Yago moved from New York City to middle Georgia and is set the year she was born. The movie followed a disenchanted, mysterious protagonist, in small-town Virginia and it connected as a true mind-bender to many living through adolescence in a non-city. It is both sides of the coin with a city emptying out, facing tremendous population decline: the time/space/comfort to fly, to be alive vs. the utter monotony and loneliness of the time/space/comfort to fly and the urge to tempt fate. Frank is nebulous, the summoning voice from the opposite side of the protective barrier.

Rabbits are a symbol of cross-over, an adaptable creature who acts as a liaison, and guide, a pure being here on earth, heaven, and the underworld. Down below, they are a representation of exercising one’s intuition: a guide through dark passages. On earth their little legs keep them grounded, content to run and explore its own small patch of the forest. If Frank is the dark side of the moon, Thumper signifies the other. Thumper is defined by his selflessness in service, his belief in the truisms of community, and devotion to the wild animals of the forest. What is often painted as an idyllic forest was far from a safe haven, the potential of Man always lurked near. He endured year after year through winter’s hardships. As the hunters’ campfire escalates into a major forest fire, there is nowhere to hide, nothing is safe. The lasting image of Thumper remains his cuteness, but where is his outlet? His rage against the injustices of the forest? We learn of the “Thumperian principle” of if you can’t say something nice, don’t say anything at all. In the face of such despair, he is comic relief, beautiful in spirit throughout the horror.

But where is the fury when his earthly Eden when Man (hunters) continuously threatens the survival of all Thumper loves? In the end, Thumper is truly alone with himself, to face the duality within him and confront his own wants and angst.

This is where we find the shortest shadow. The optimism of youth. The pessimism of adolescence and time. One becomes two, two later become one. It is impossible to know what has happened until the story is over, but here Yago explores the slippage from good to evil. When the shadow outweighs “the person.” When good appears feeble and anemic and the potential danger that angst brings is more amusing. What would happen if Thumper were given the opportunity to scream through Frank’s mask? 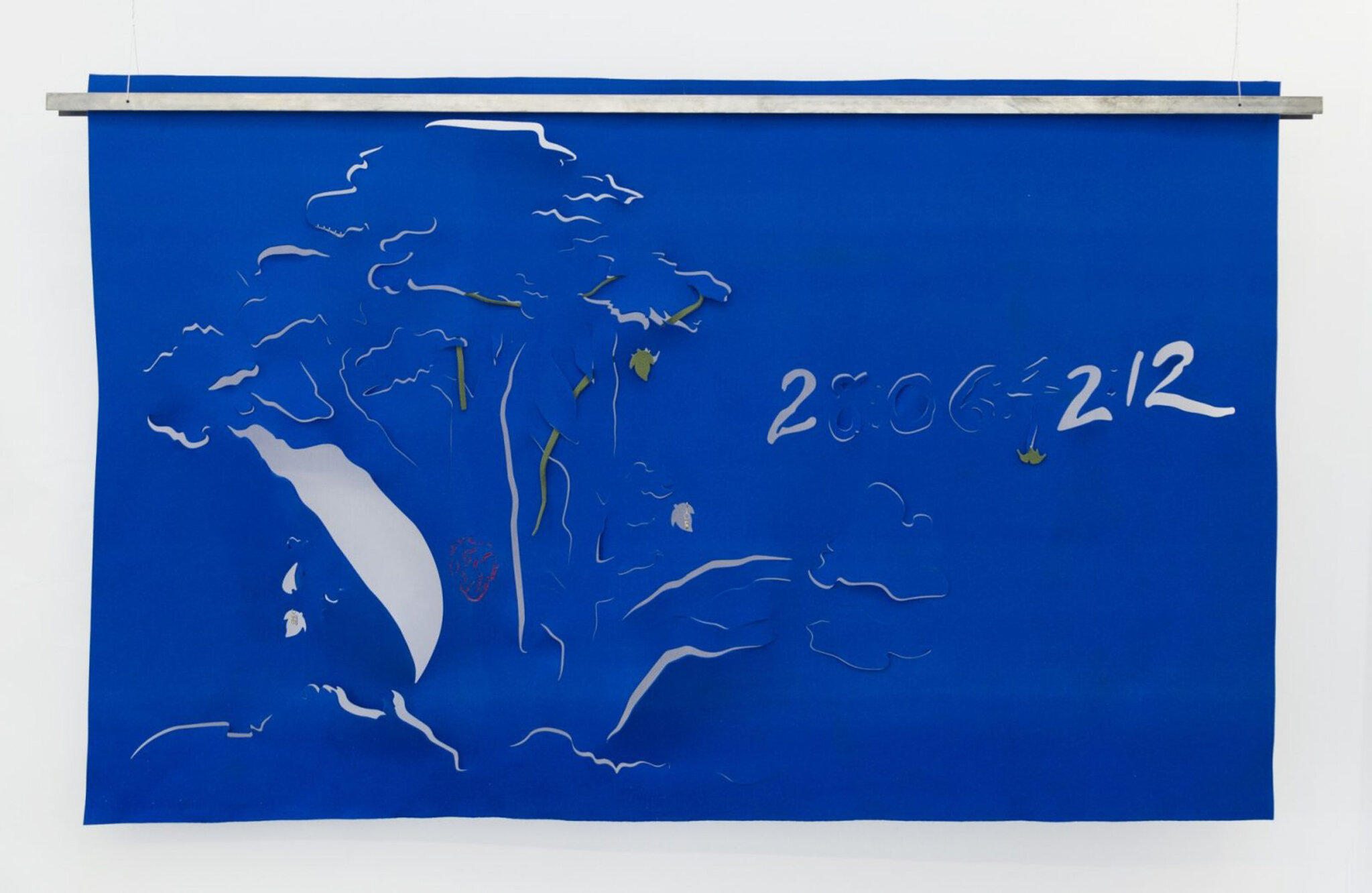 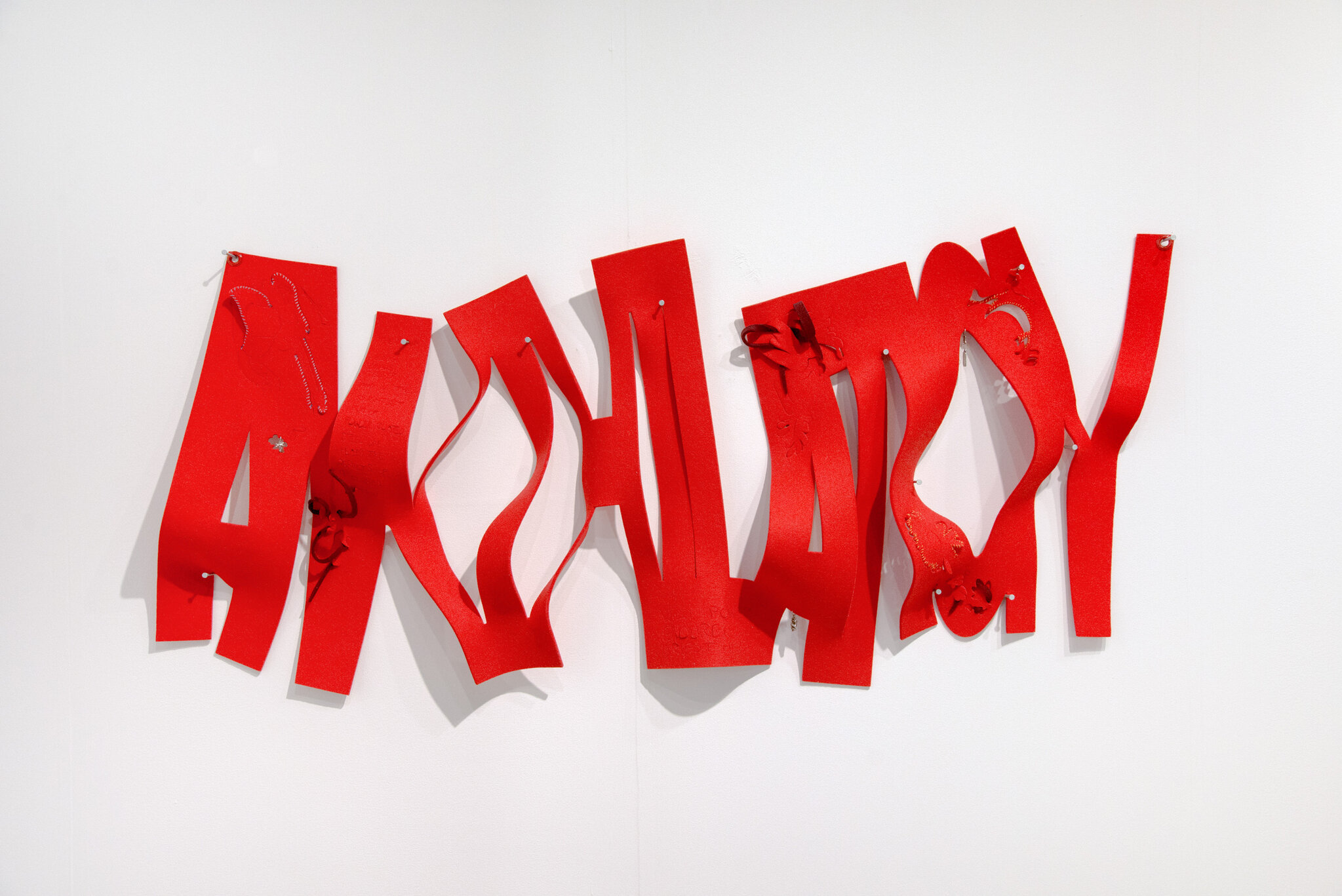 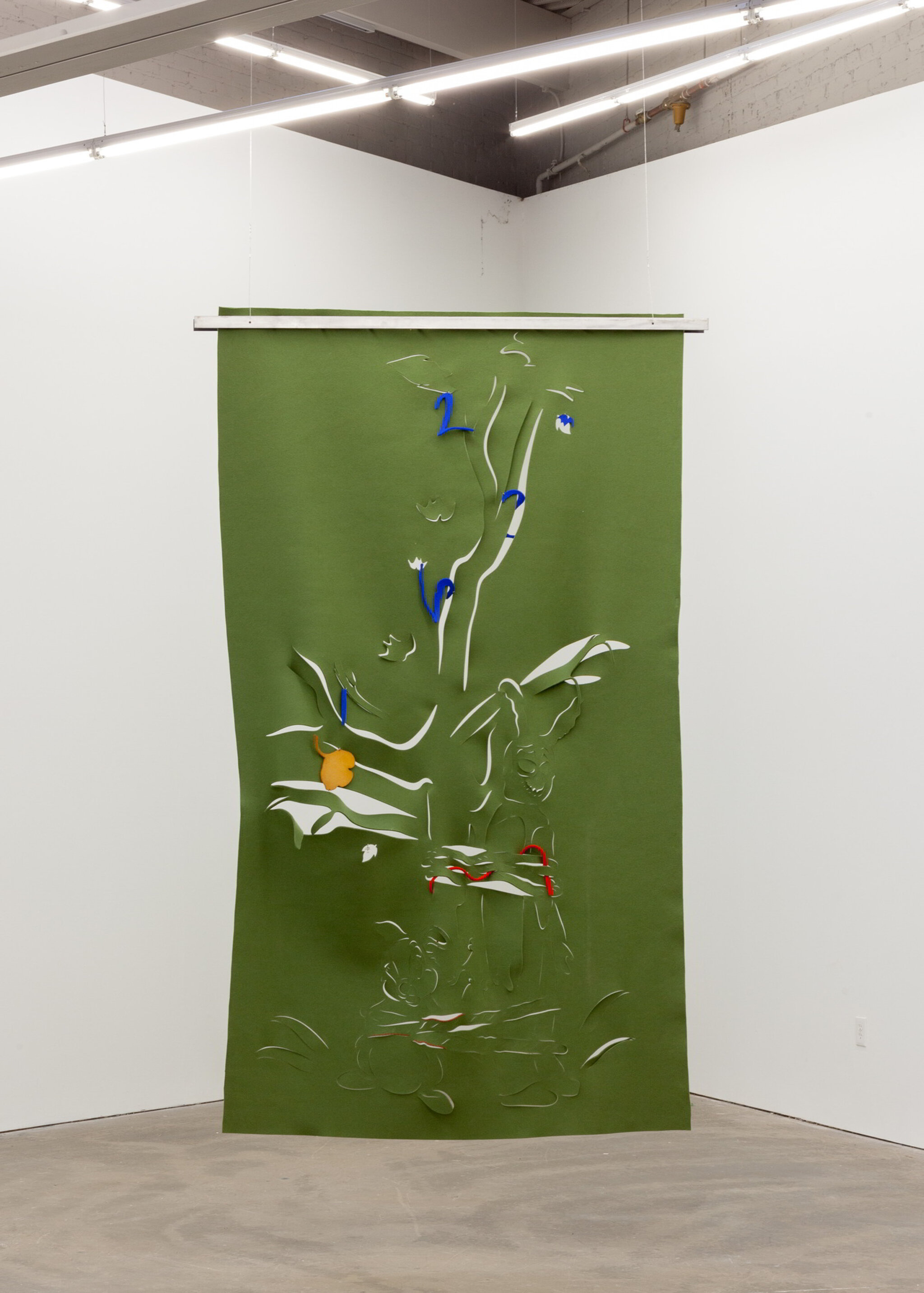 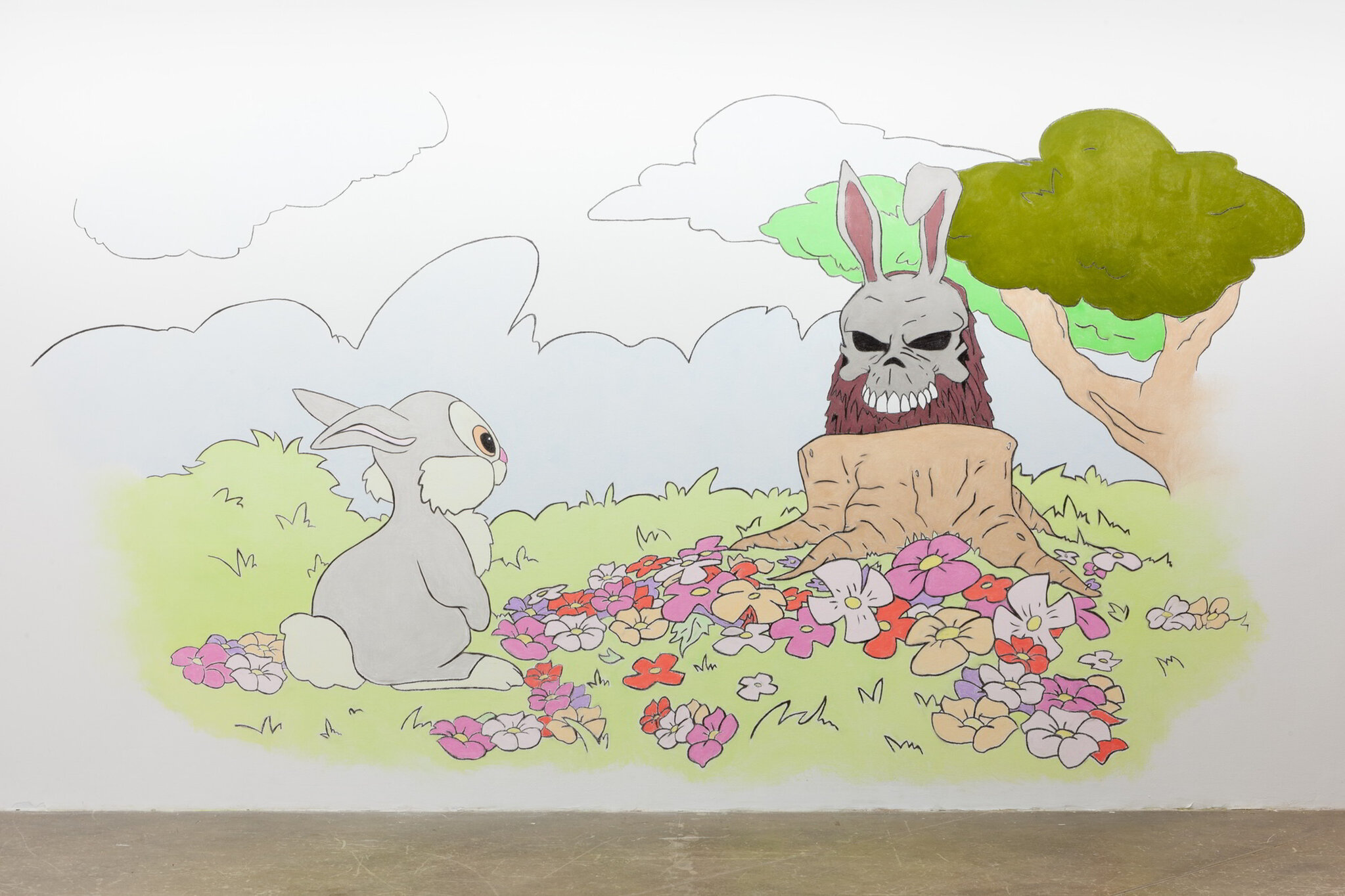 Charcoal and chalk on wall