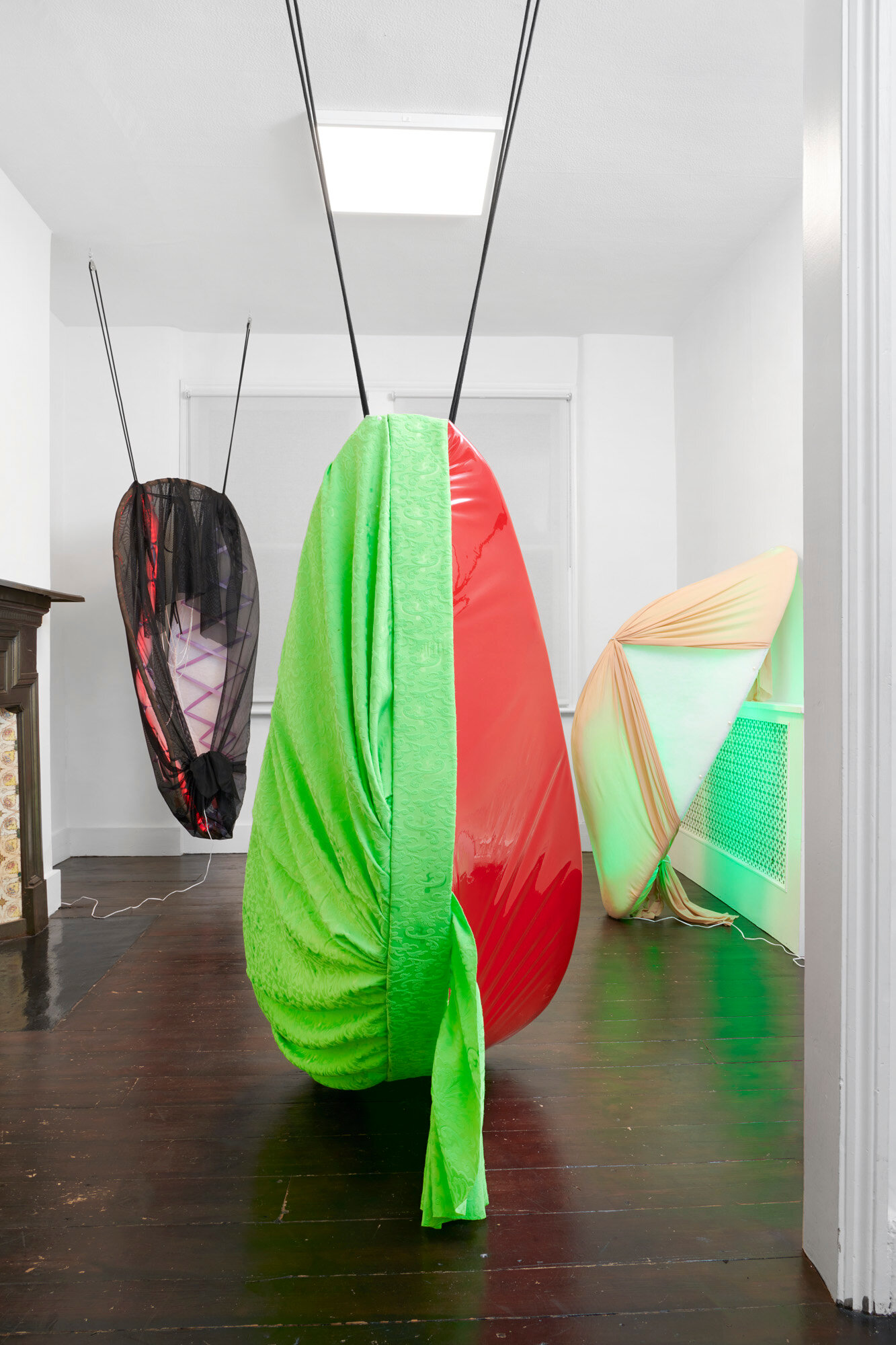 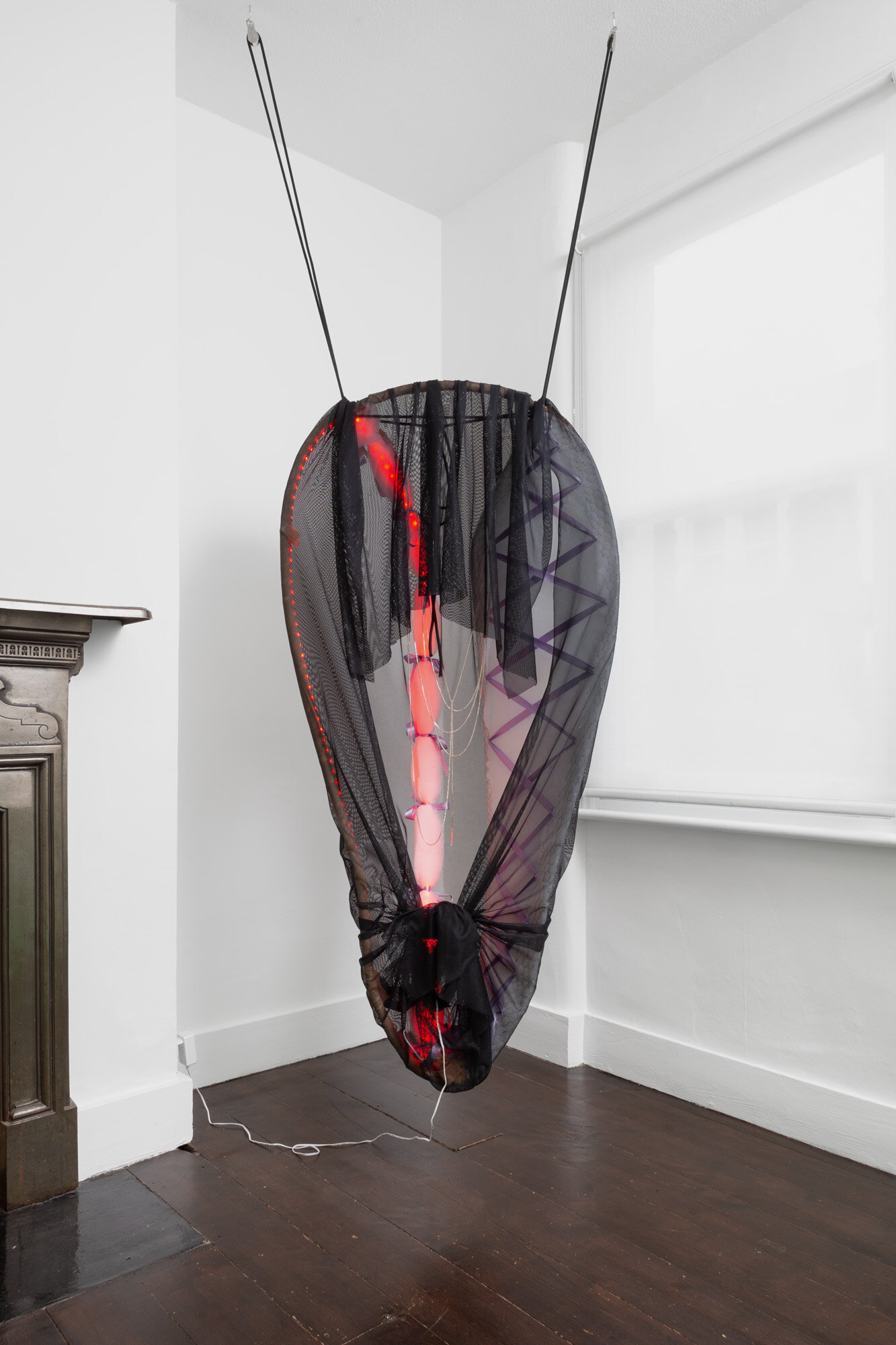 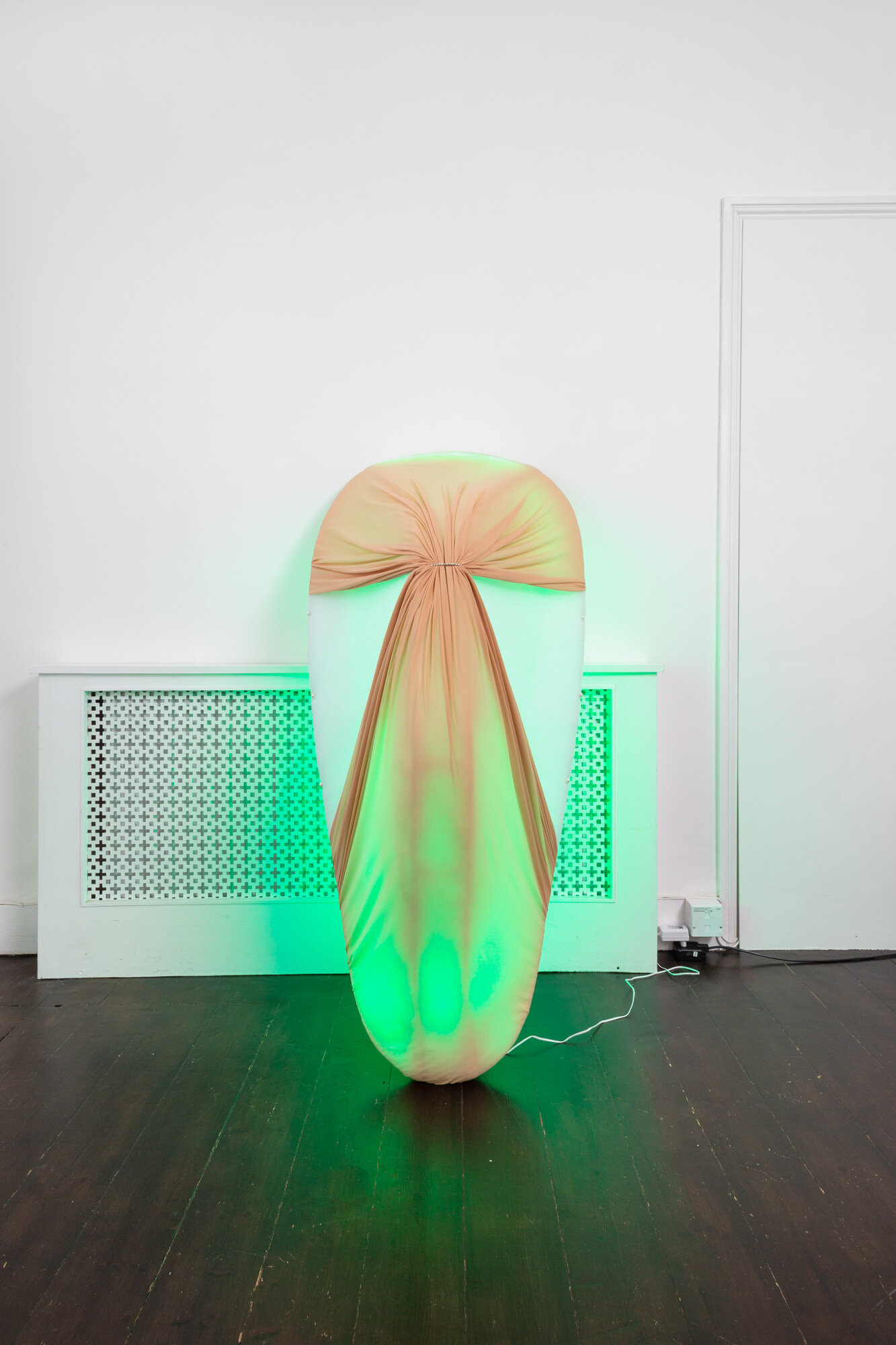 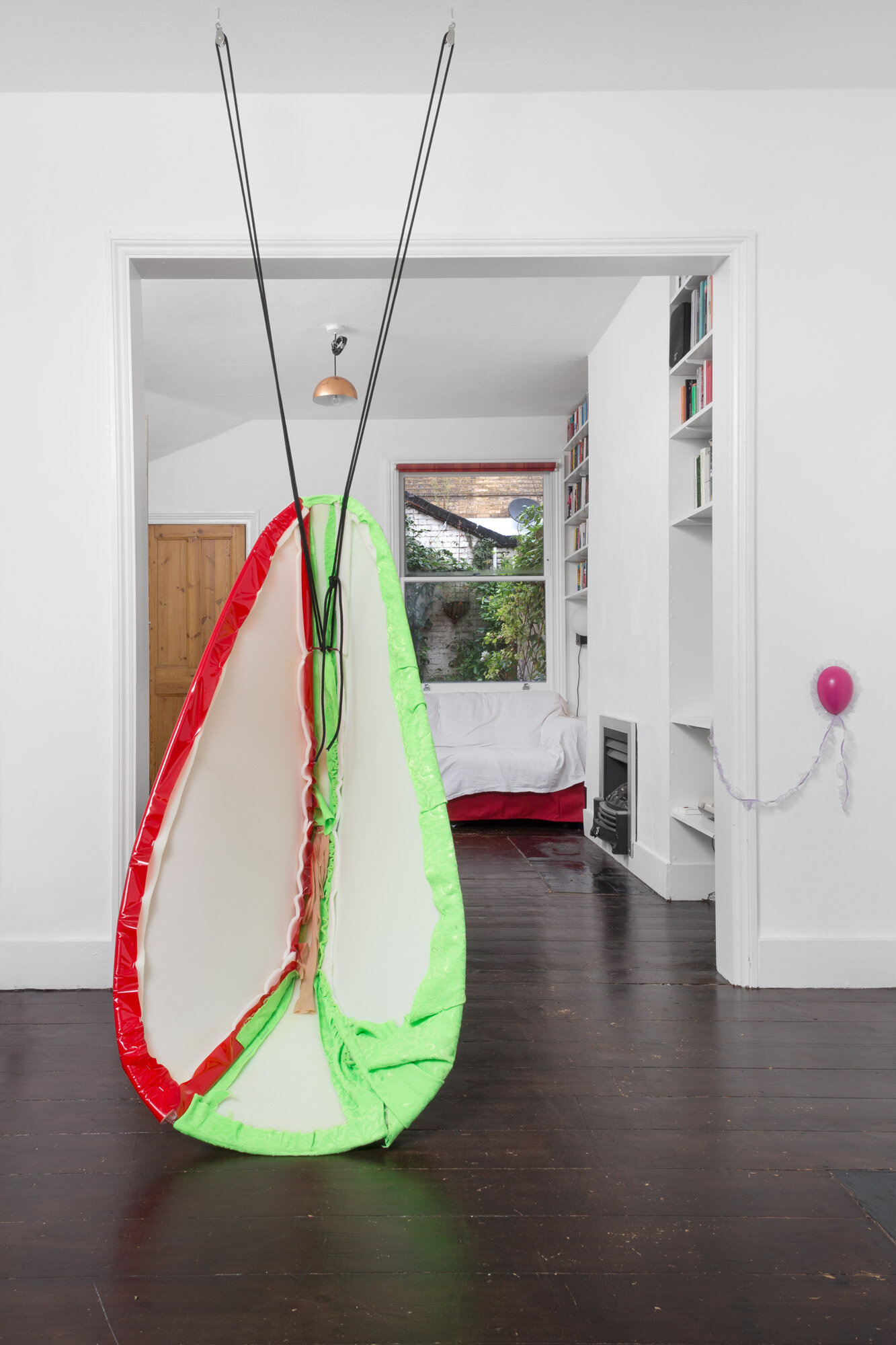 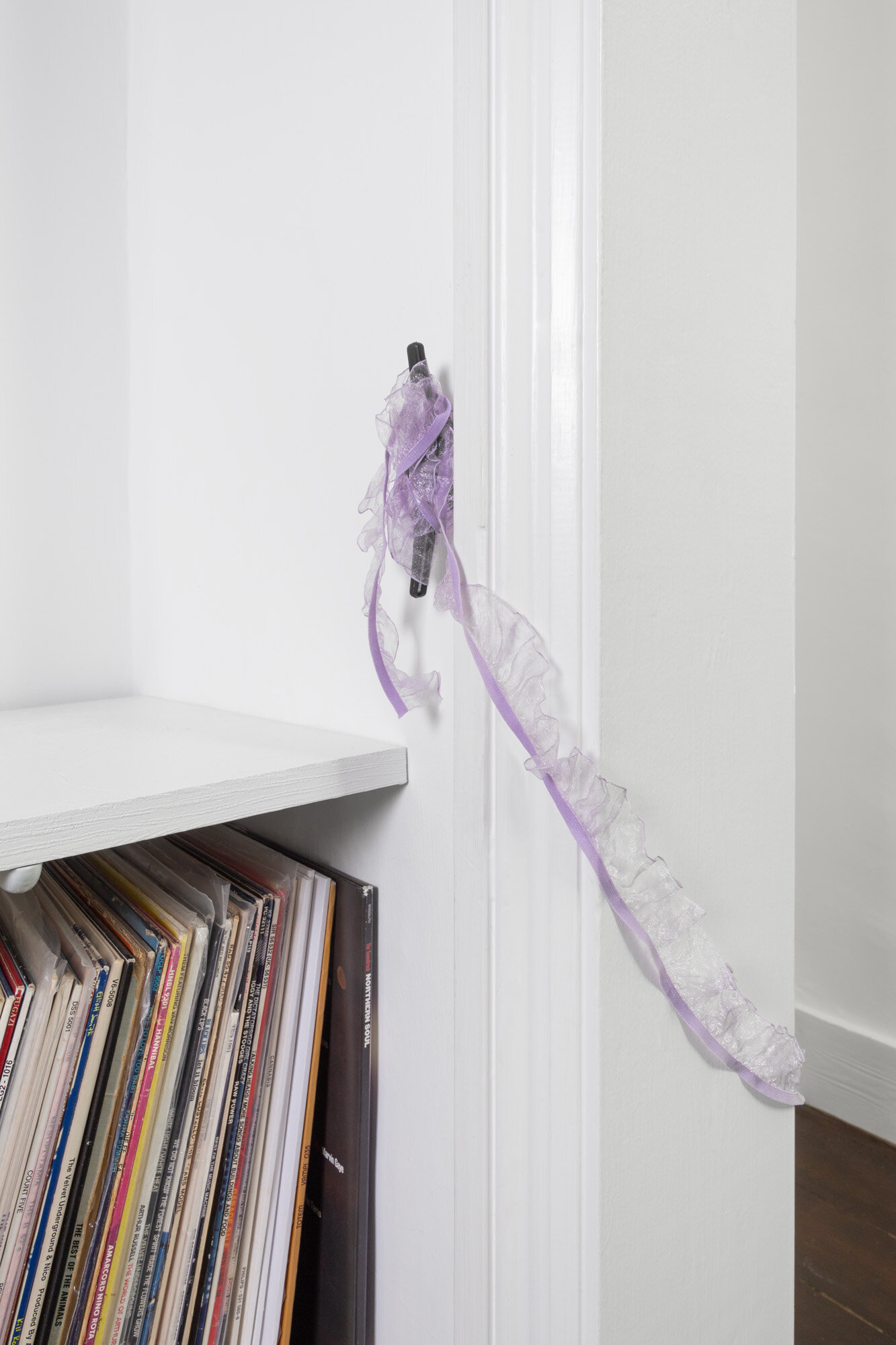 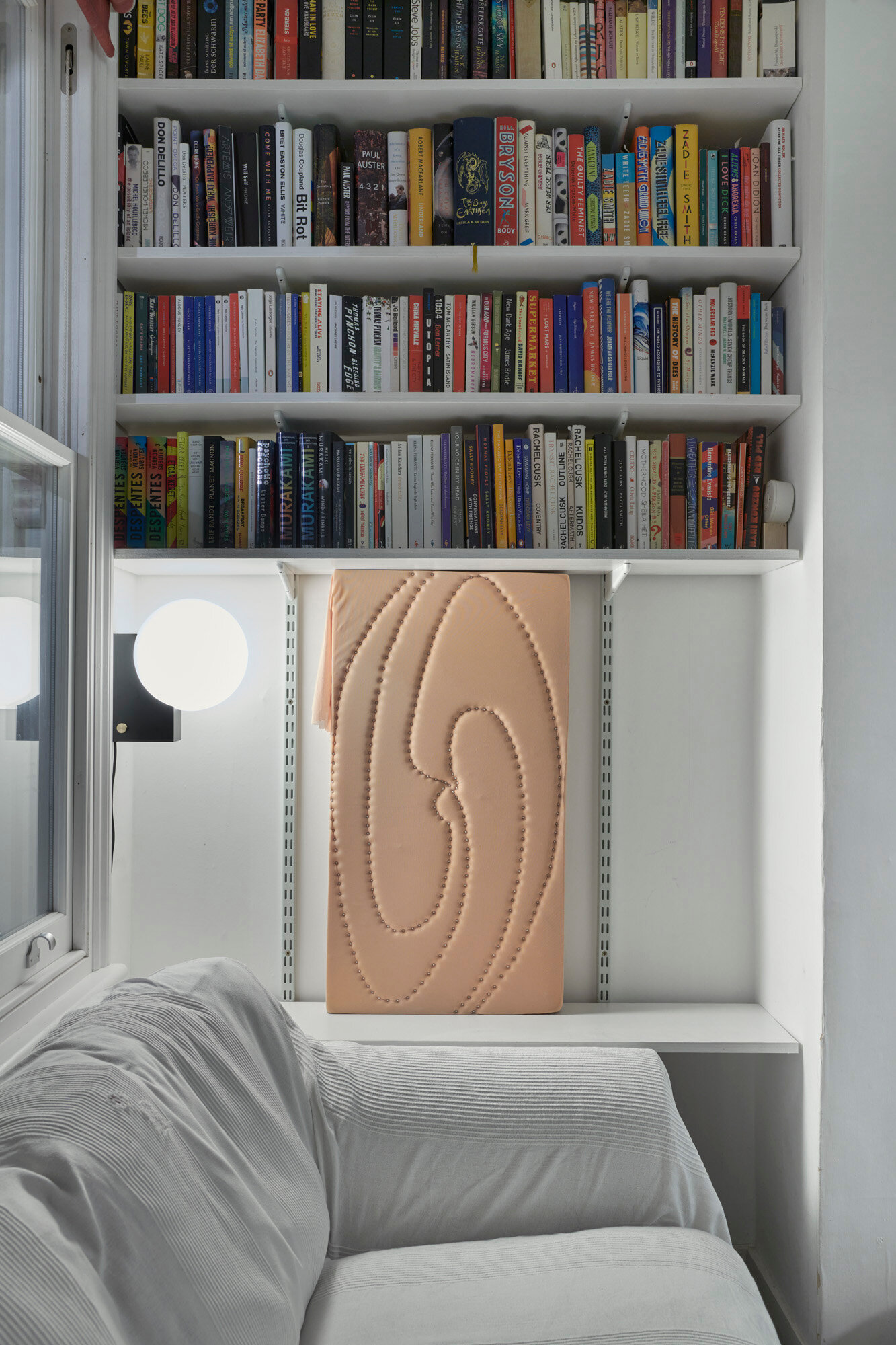 On the border where worlds collide, sits anxiety.
Melanie Klein

Our most sensitive parts, depending on the correlated narration and consented fiction, can be the
most powerful, controlling, destructive and therefore feared.
The codpieces are the first hard things I have made, hard in a sense that they have edges that are
rigid and not flexible. I bashed them several times, which I am equally ashamed as content about. To
see the subtle damage, the bruises and scratches, impossible to bend with bare hands, not
impossible to injure. Like my neighbor who scratches cars with his key when they are parked on the
pavement - chasing assertiveness - an impossible endeavour…
Confidence gaps, pits or depressions.
It took a while to enlarge the codpieces.
During the process and its difficulties I kept searching for pre-existing industrial parts that resembled
the cave shape - a depression that could short-cut my work process. I came up with baby bathtubs
(negative), motorbike front shields (negative), traffic light buttons (positive, too small).
I was provoked by Vito Acconci’s 90’s installation Adjustable Wall Bra to enlarge the pieces. A work I
enjoy as much as I detest it… Acconci wanted to put the audience on a shaky ground when he
presented his oversized bra collection. But they were more inviting than threatening, as the visitor
could actually sit in them and feel hosted.
Even though my works (adaptation) resemble furniture, they fail to host in a reliable way.
I want to comfort and to shame. 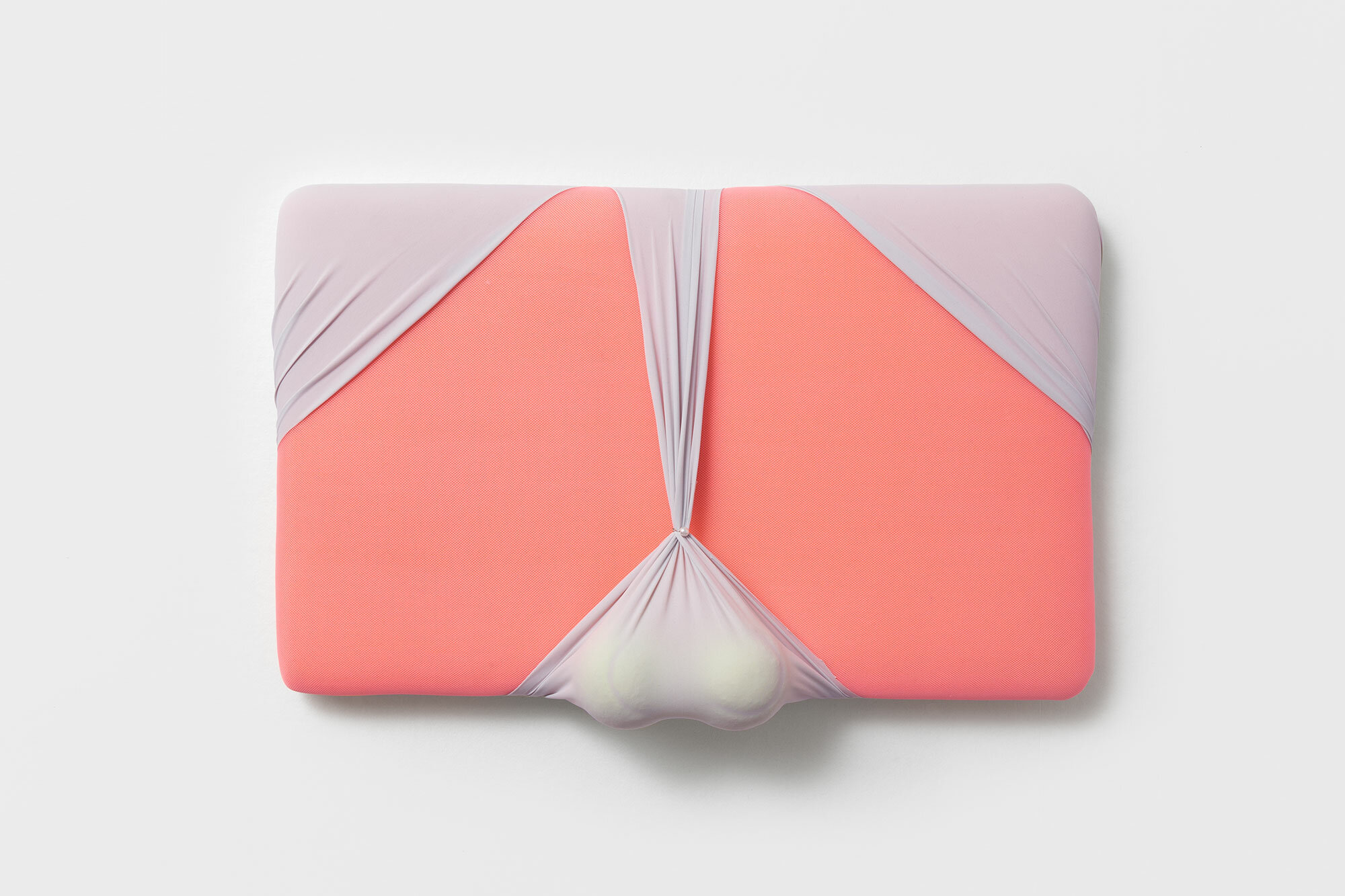