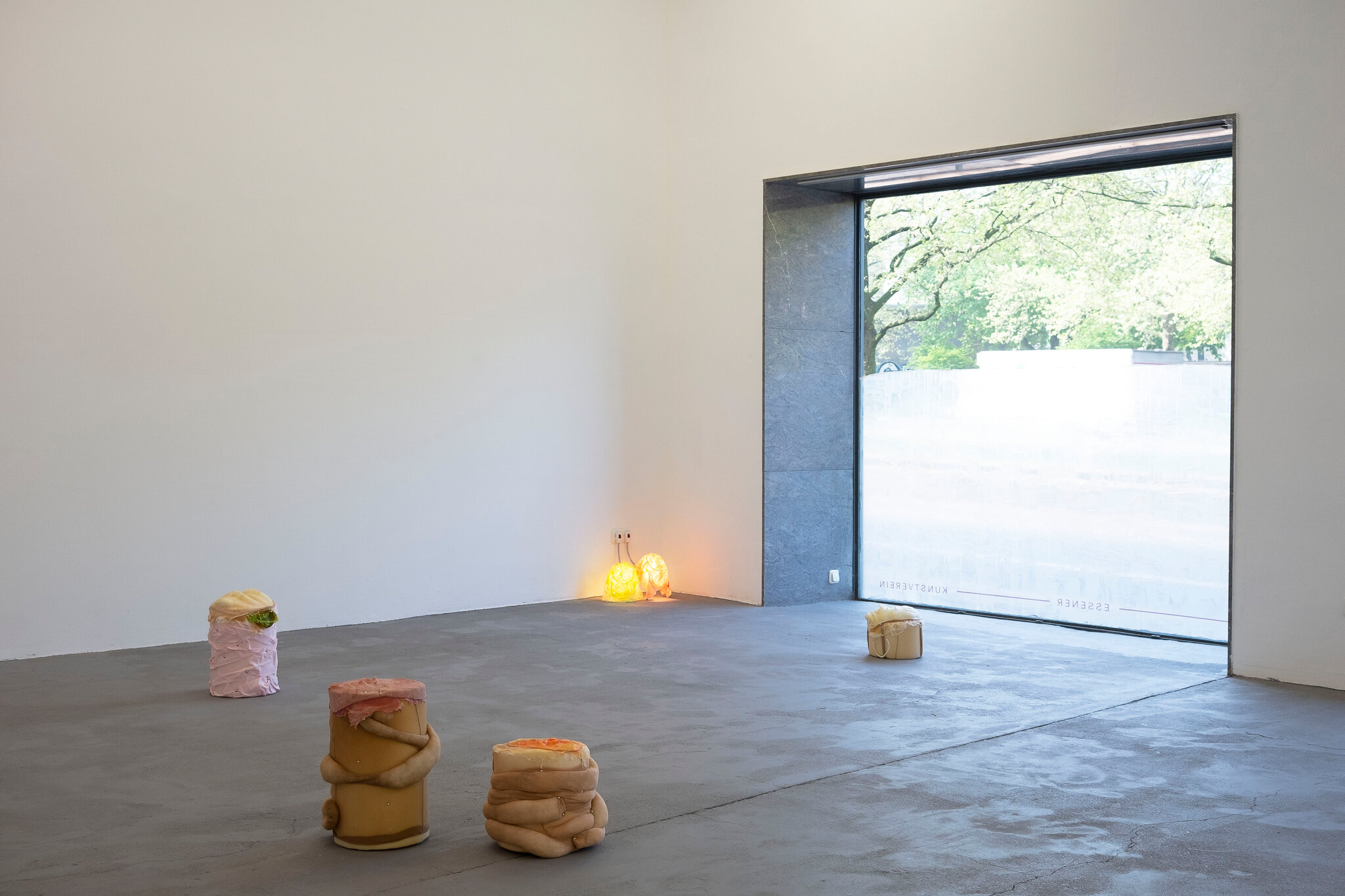 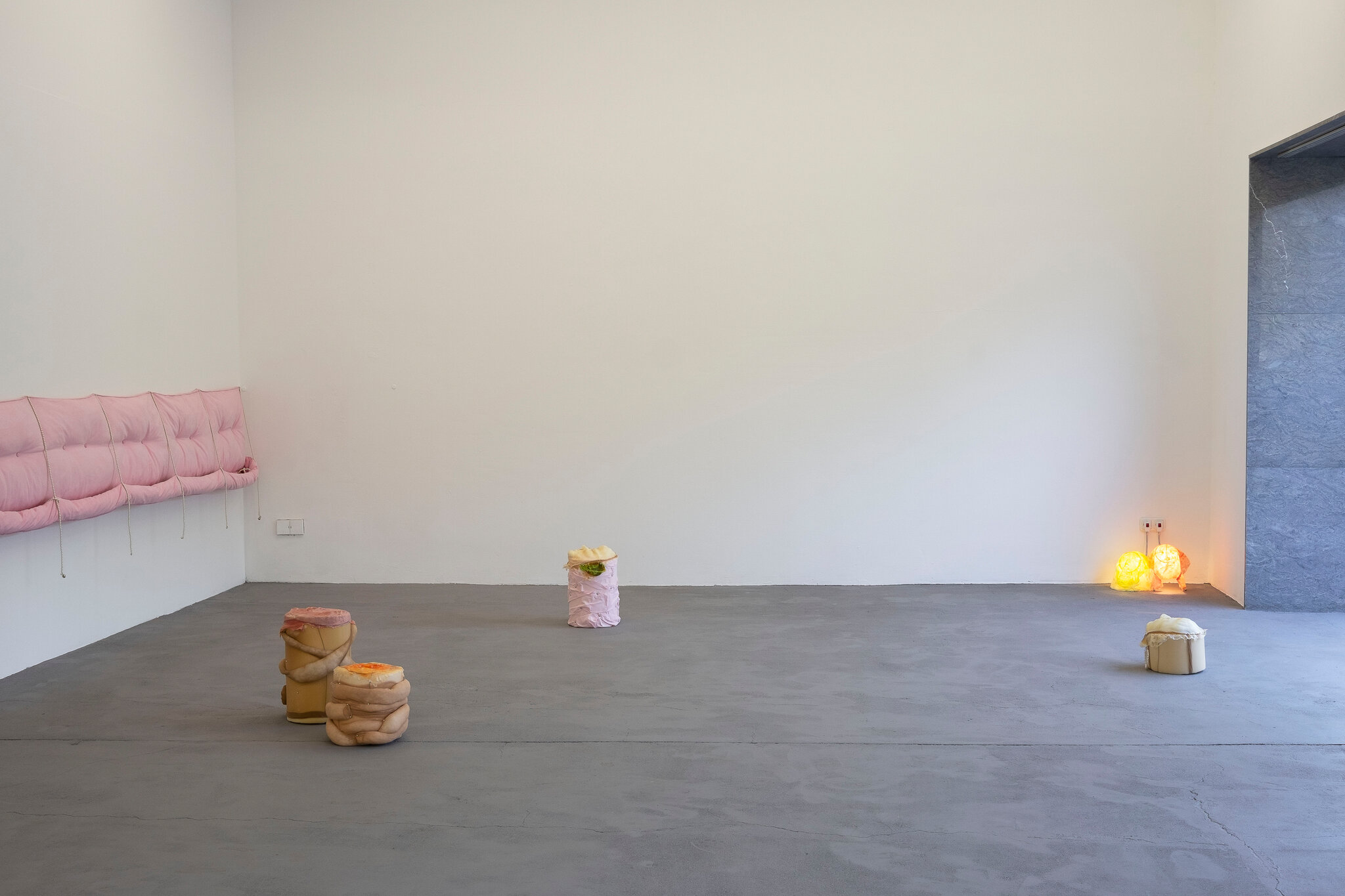 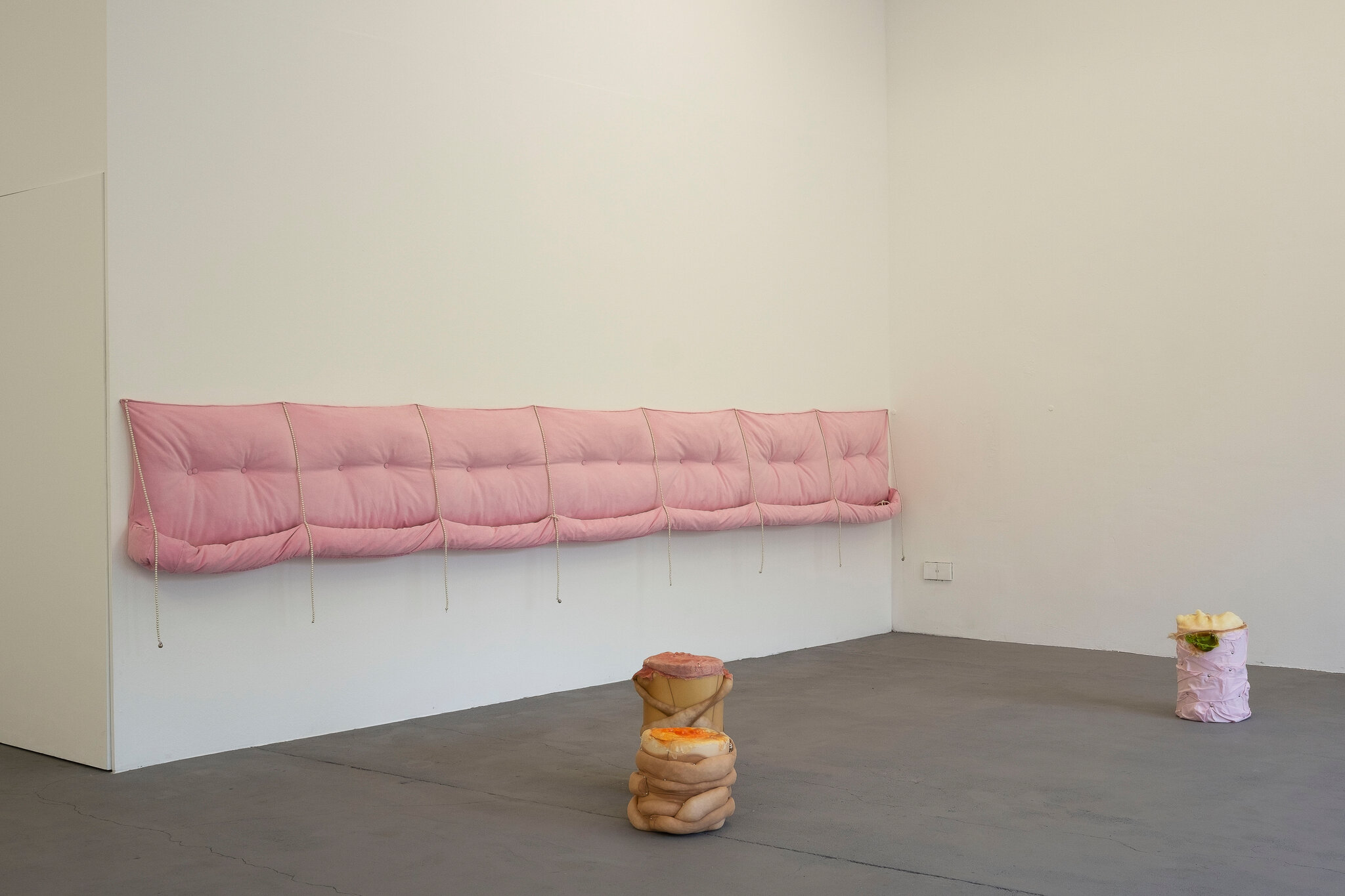 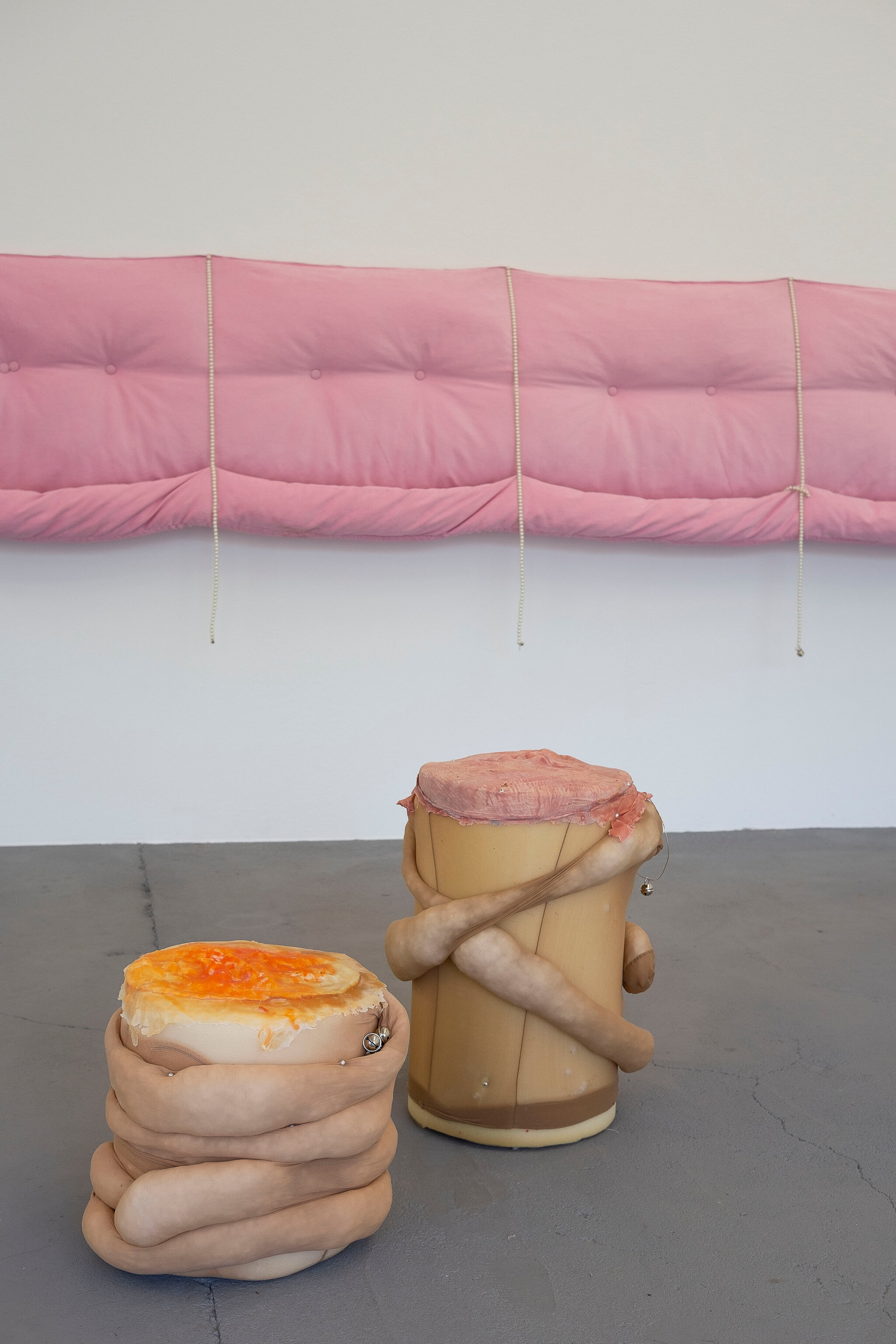 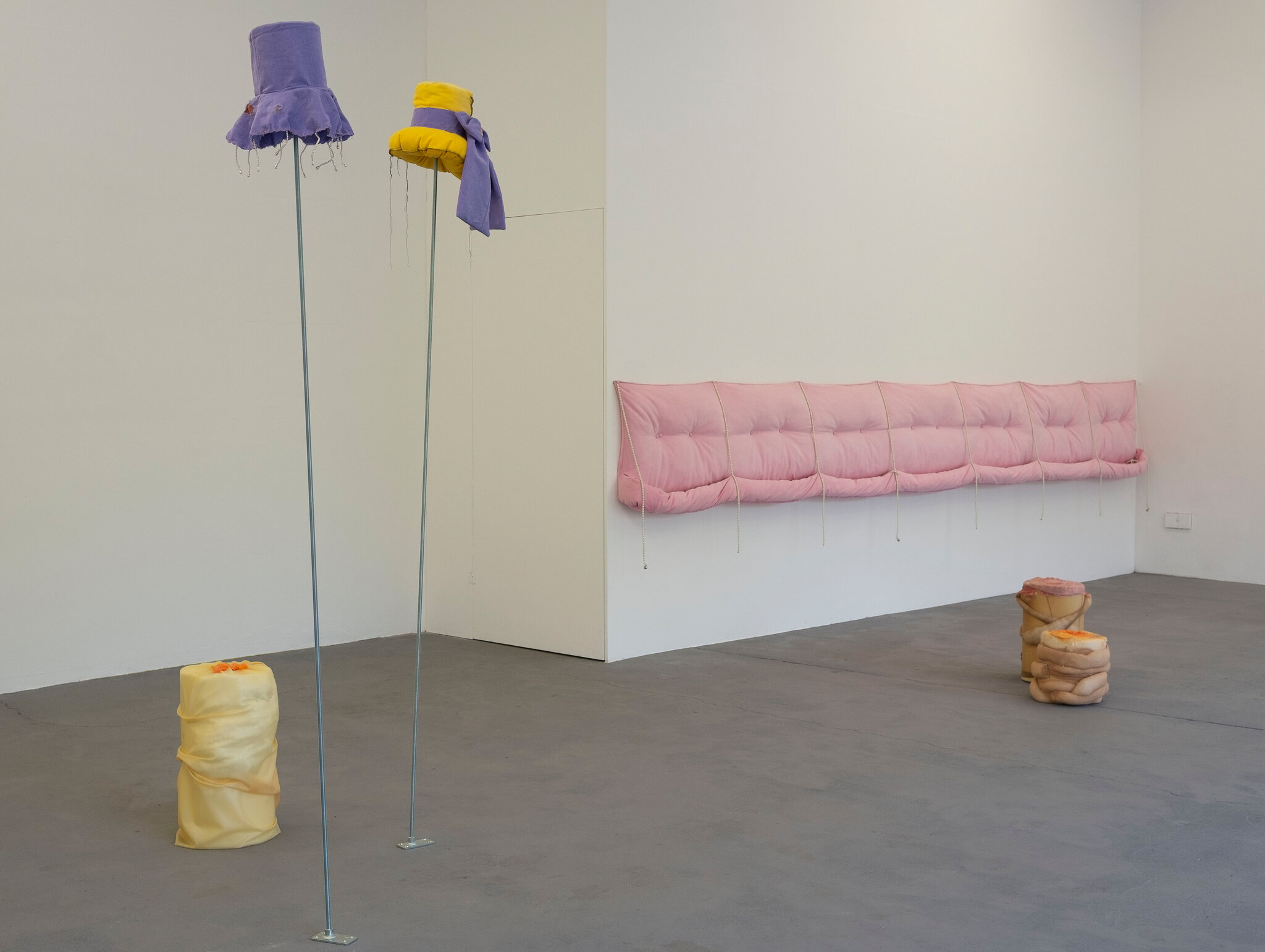 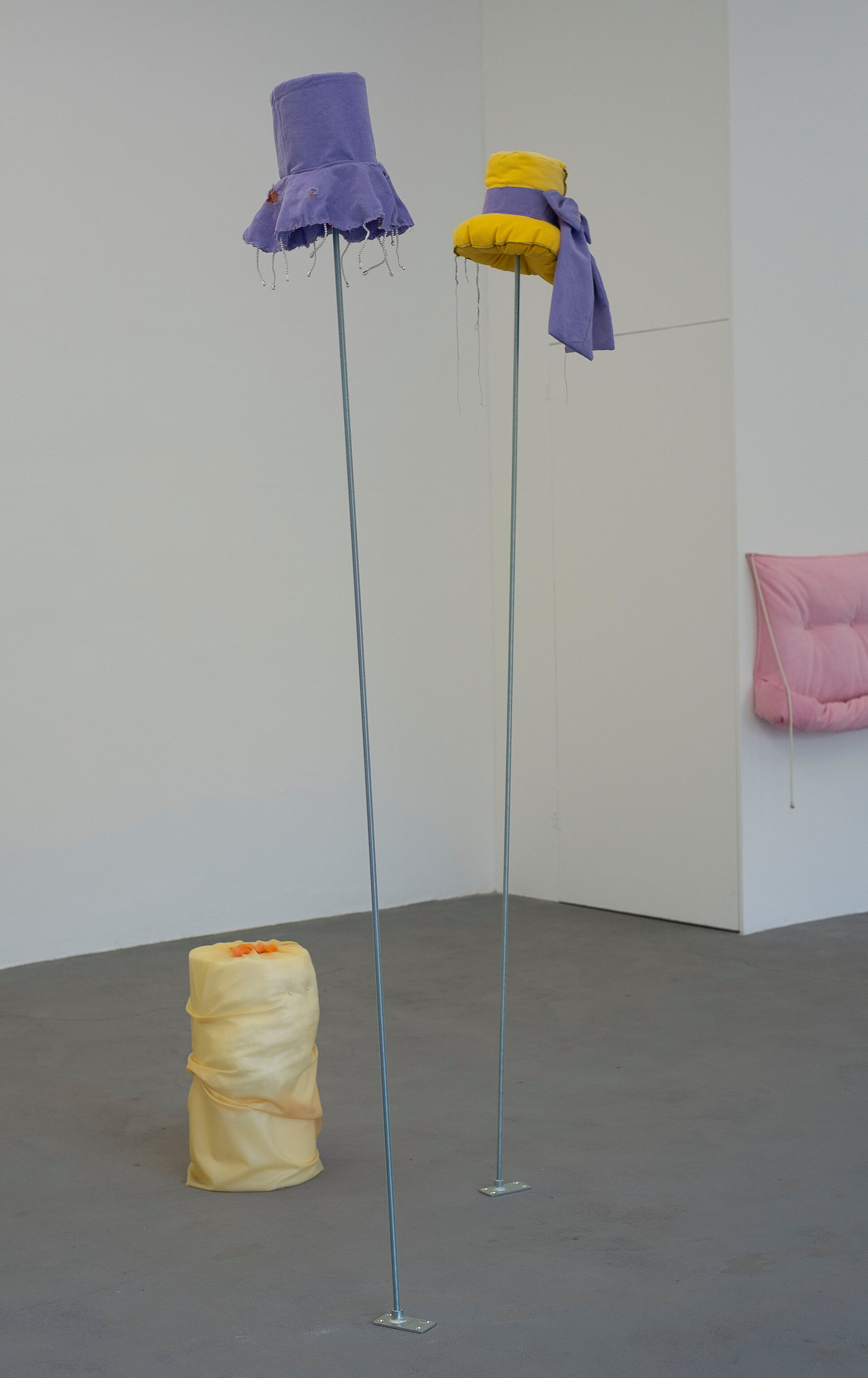 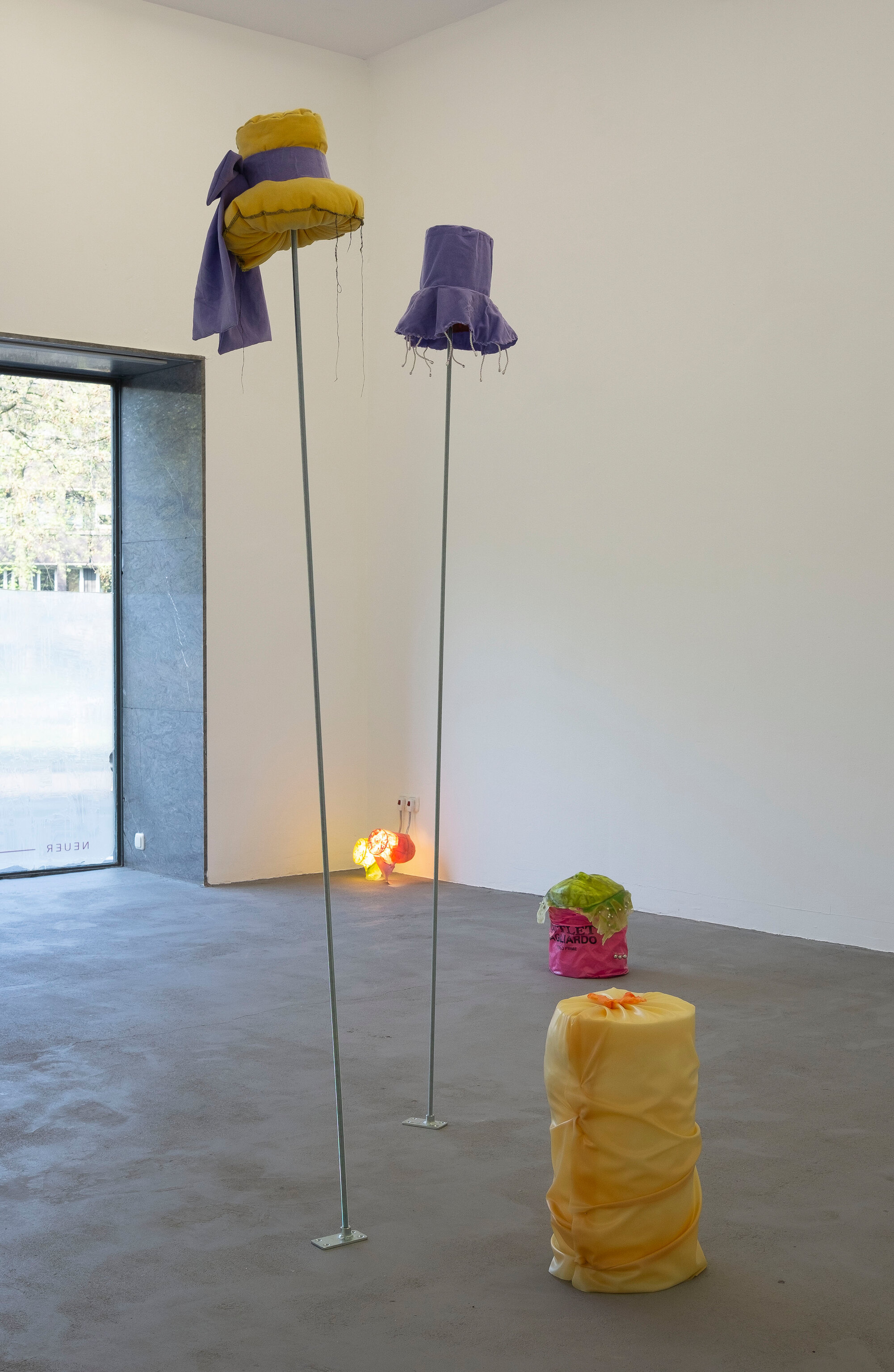 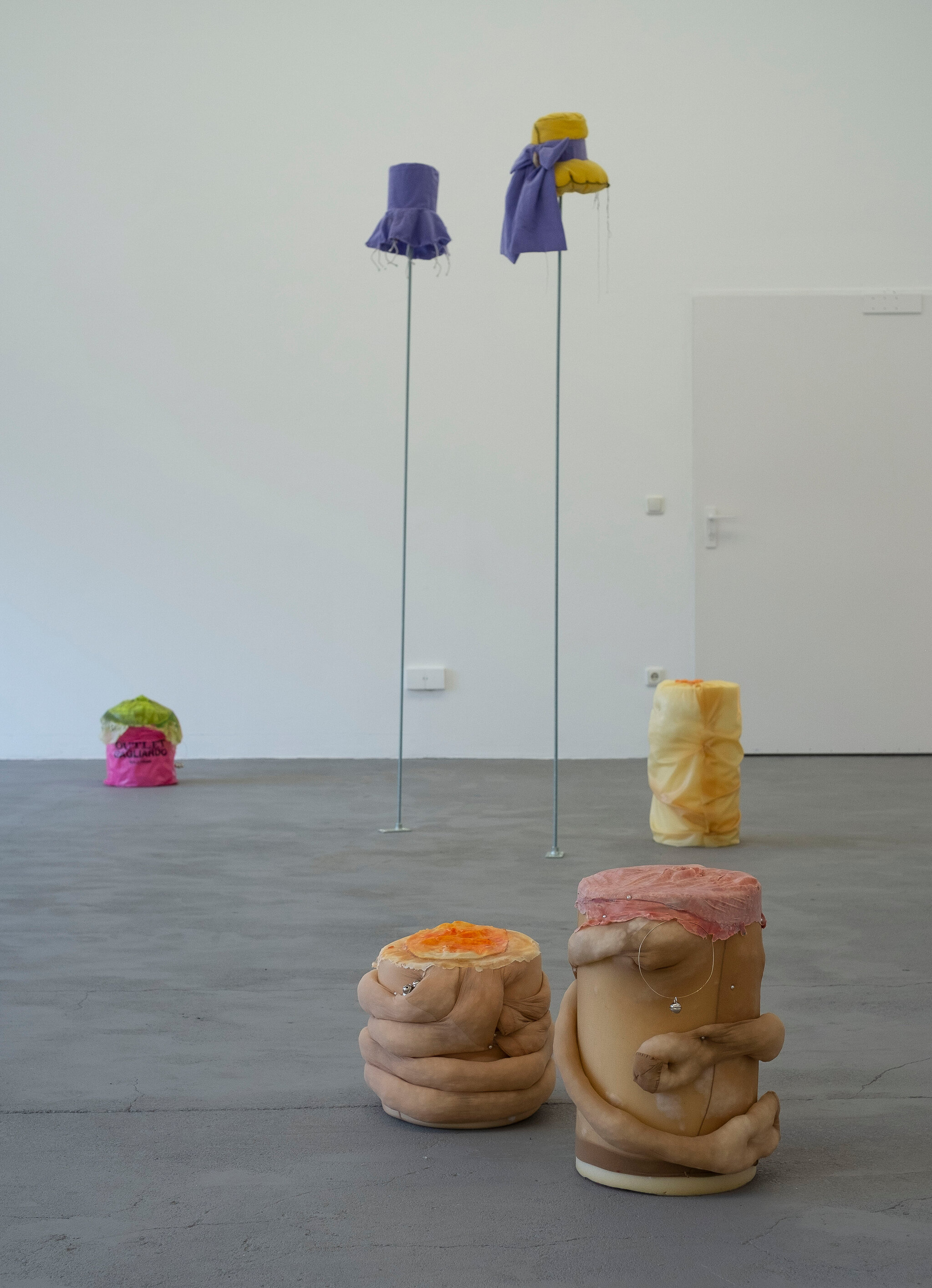 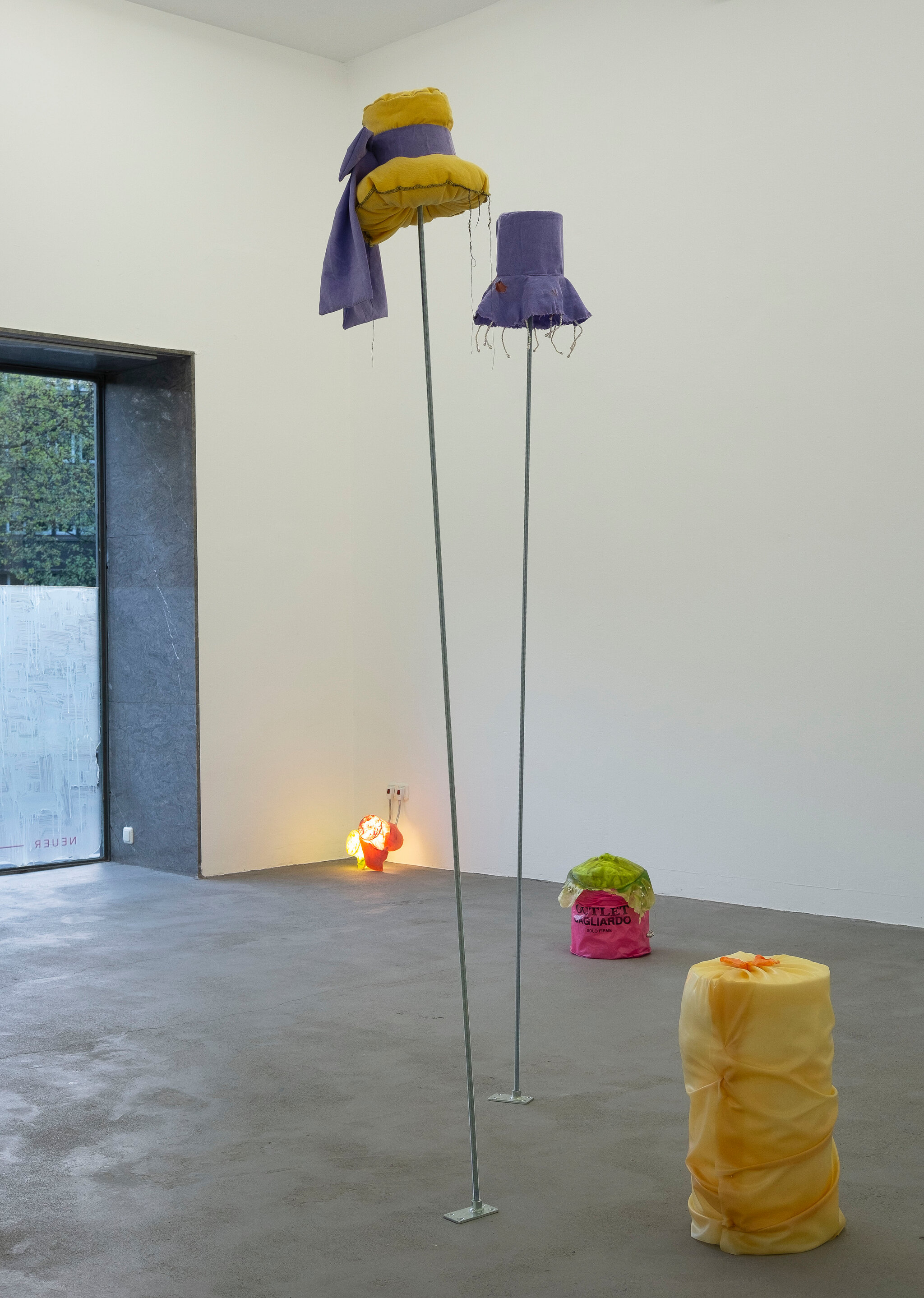 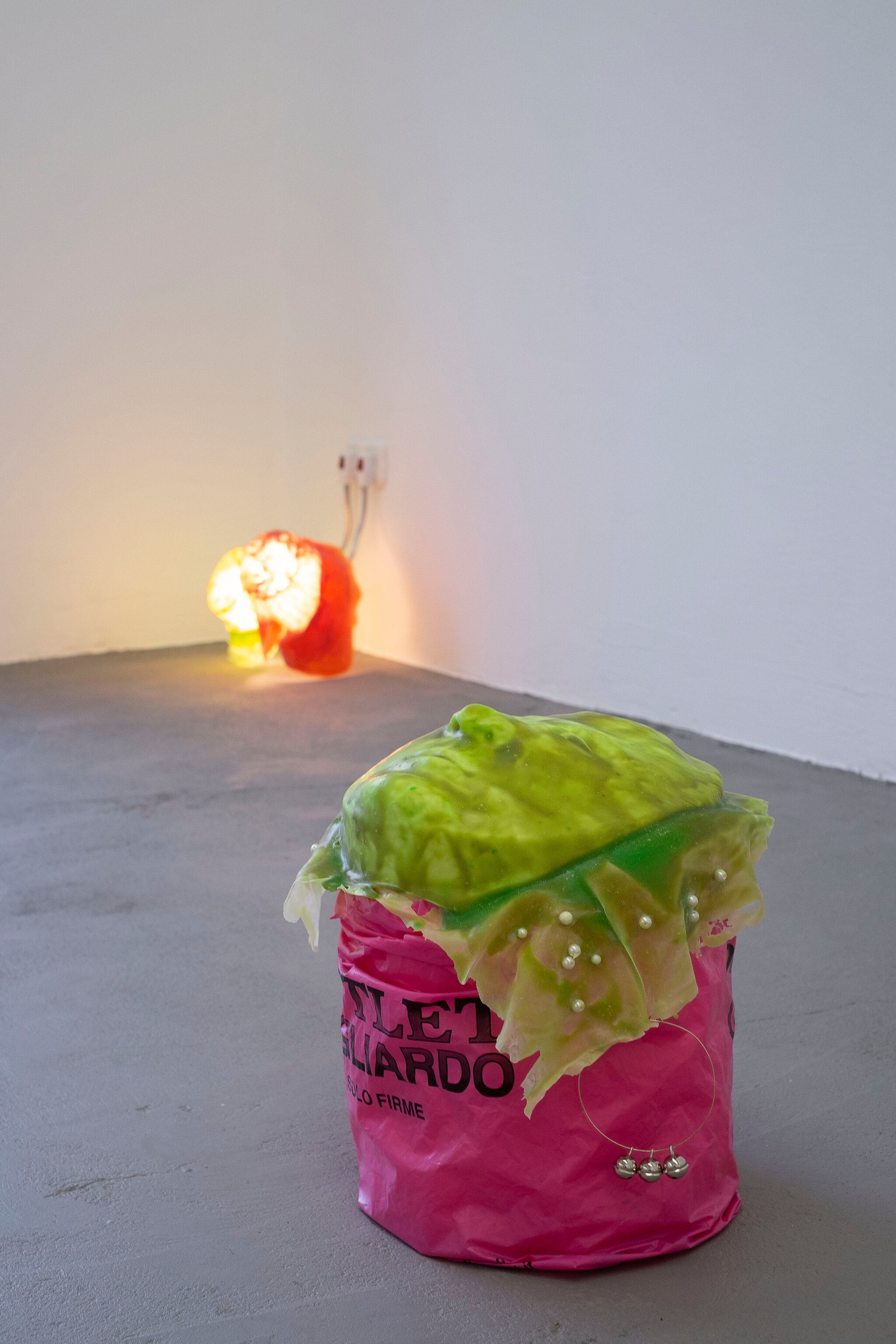 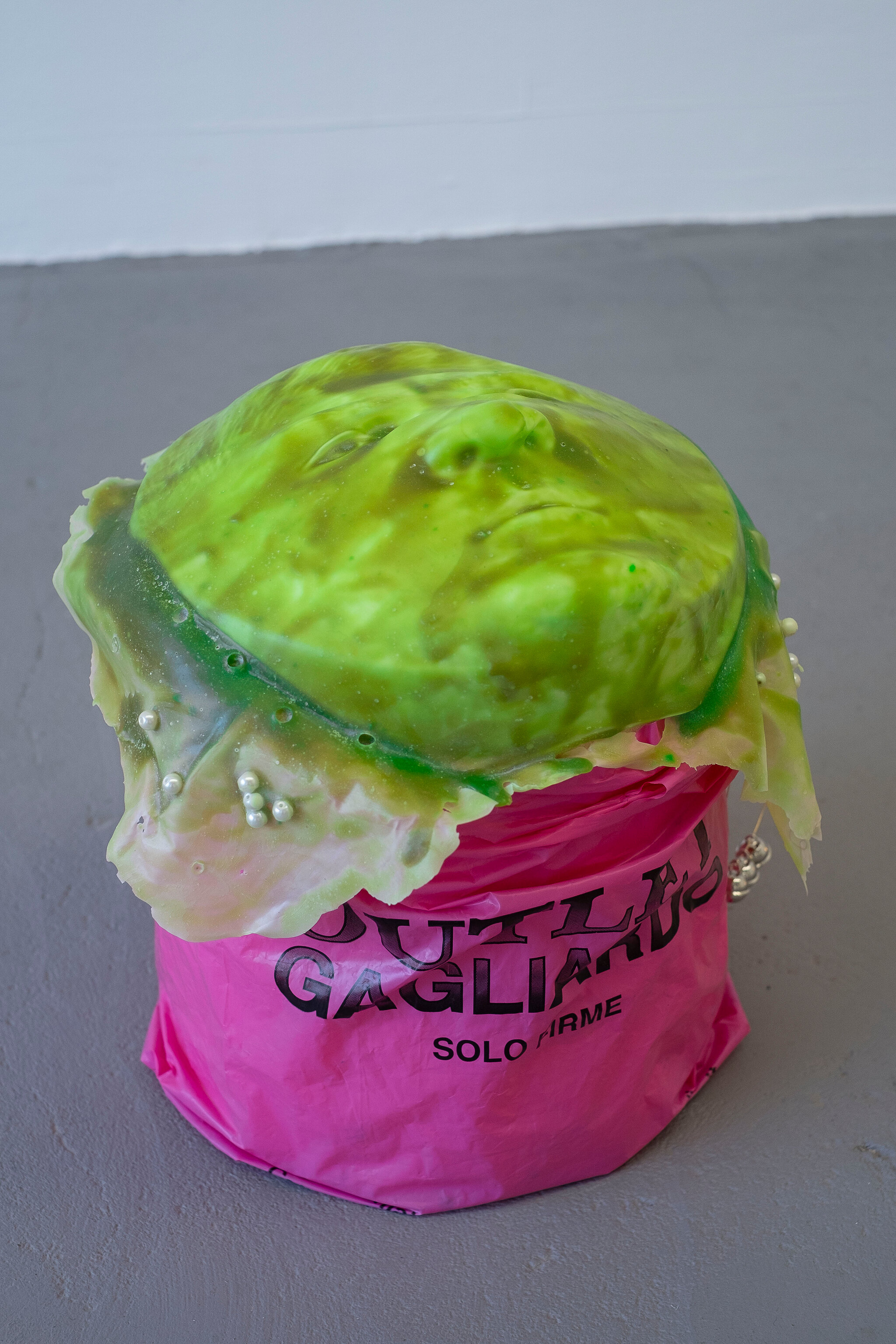 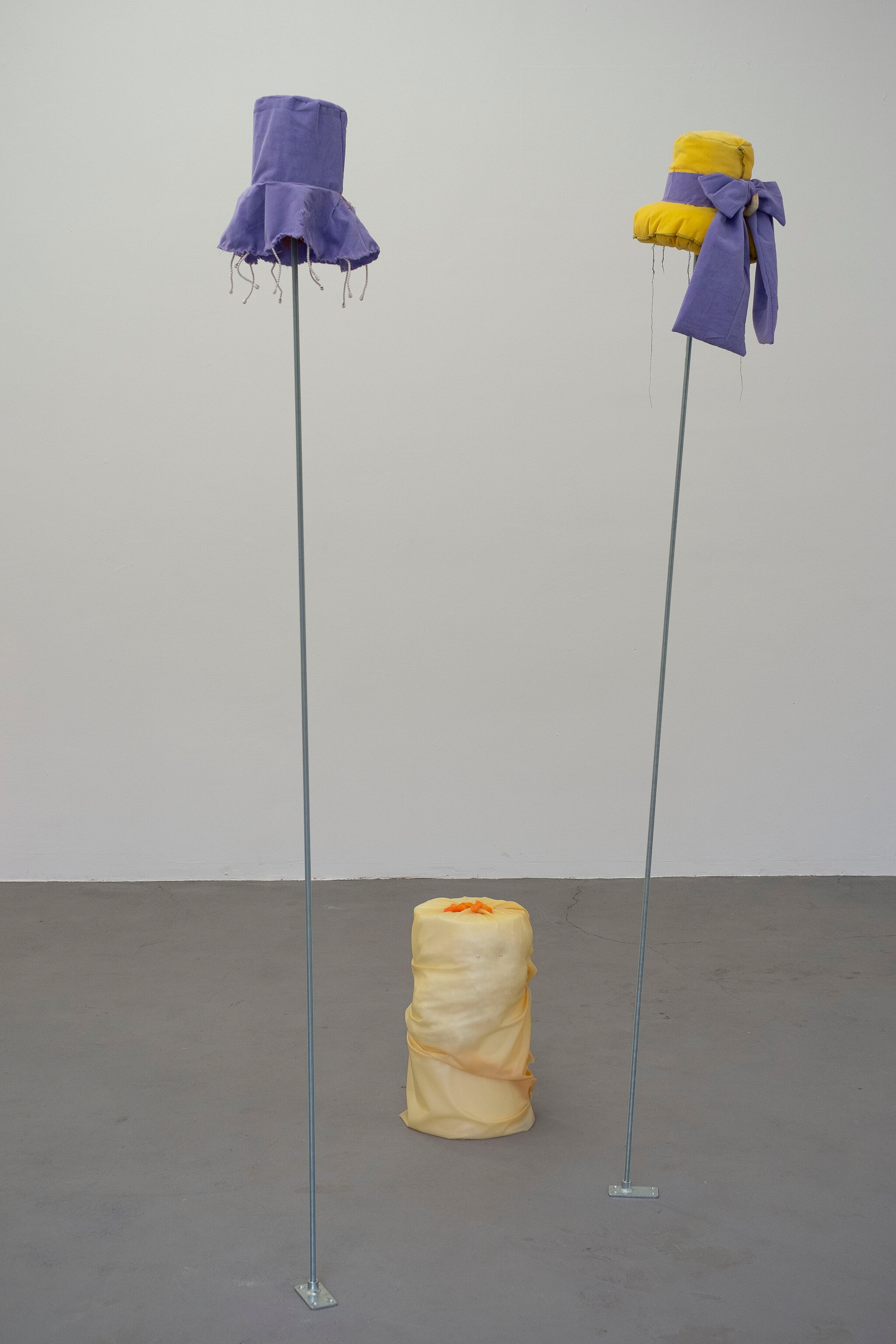 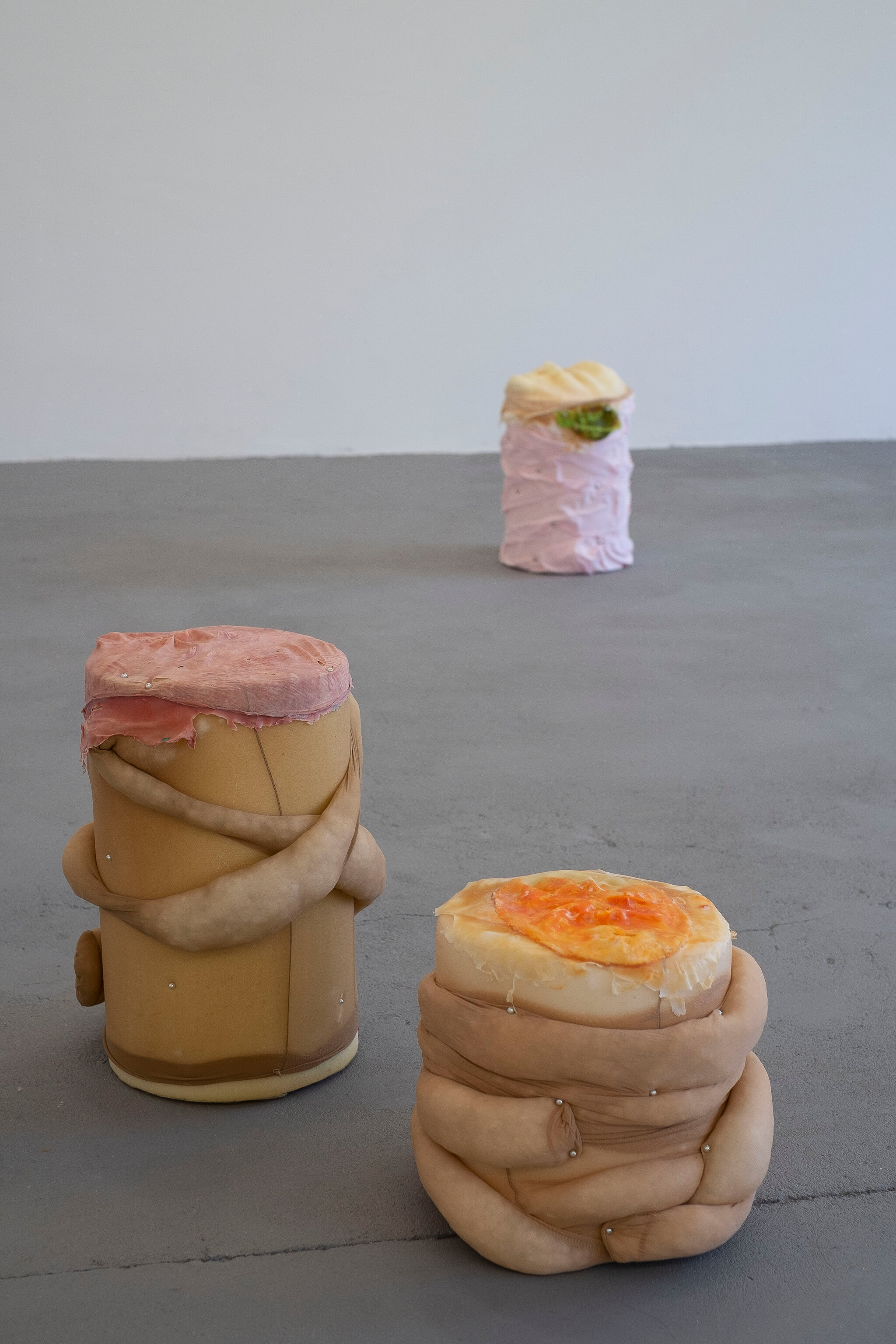 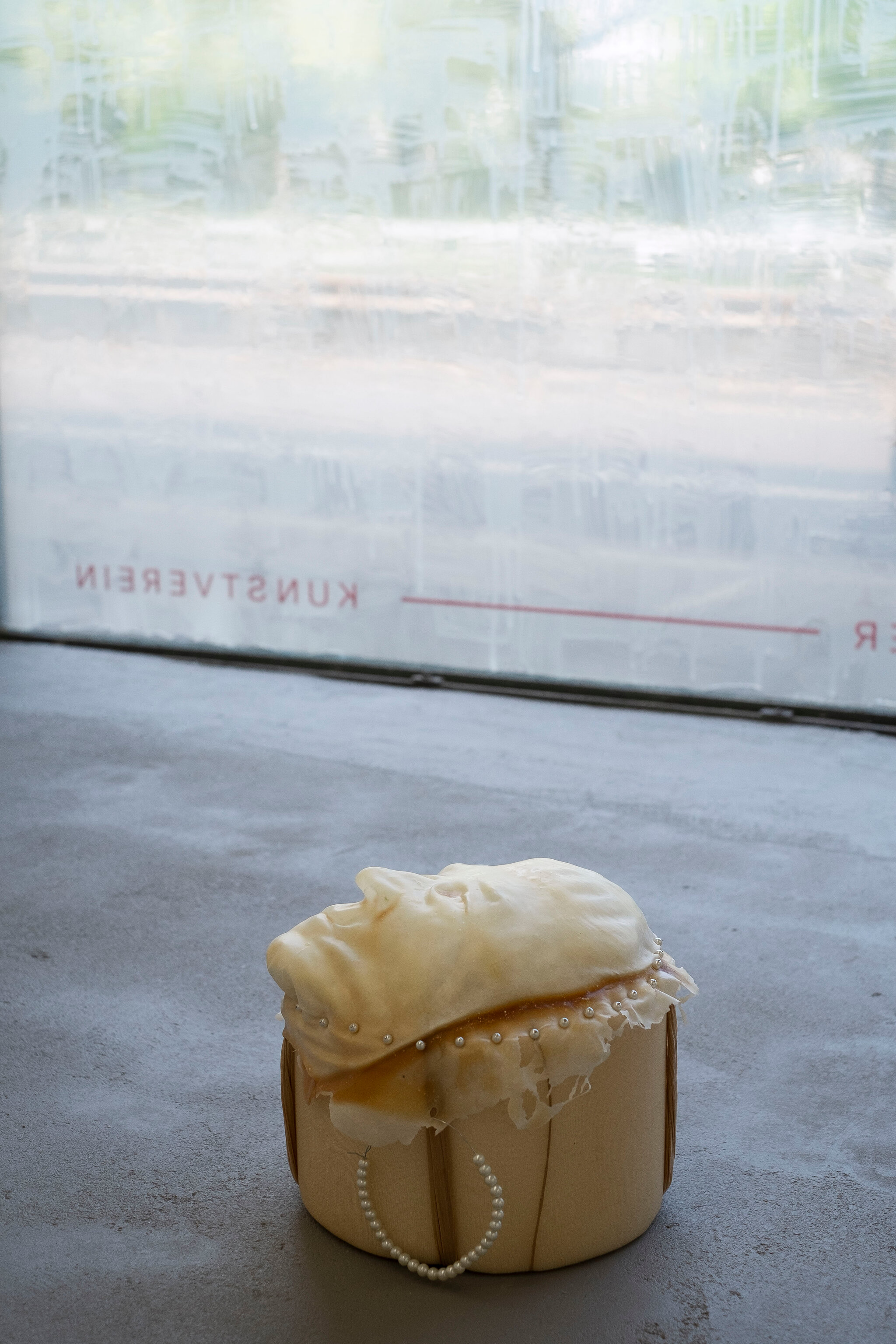 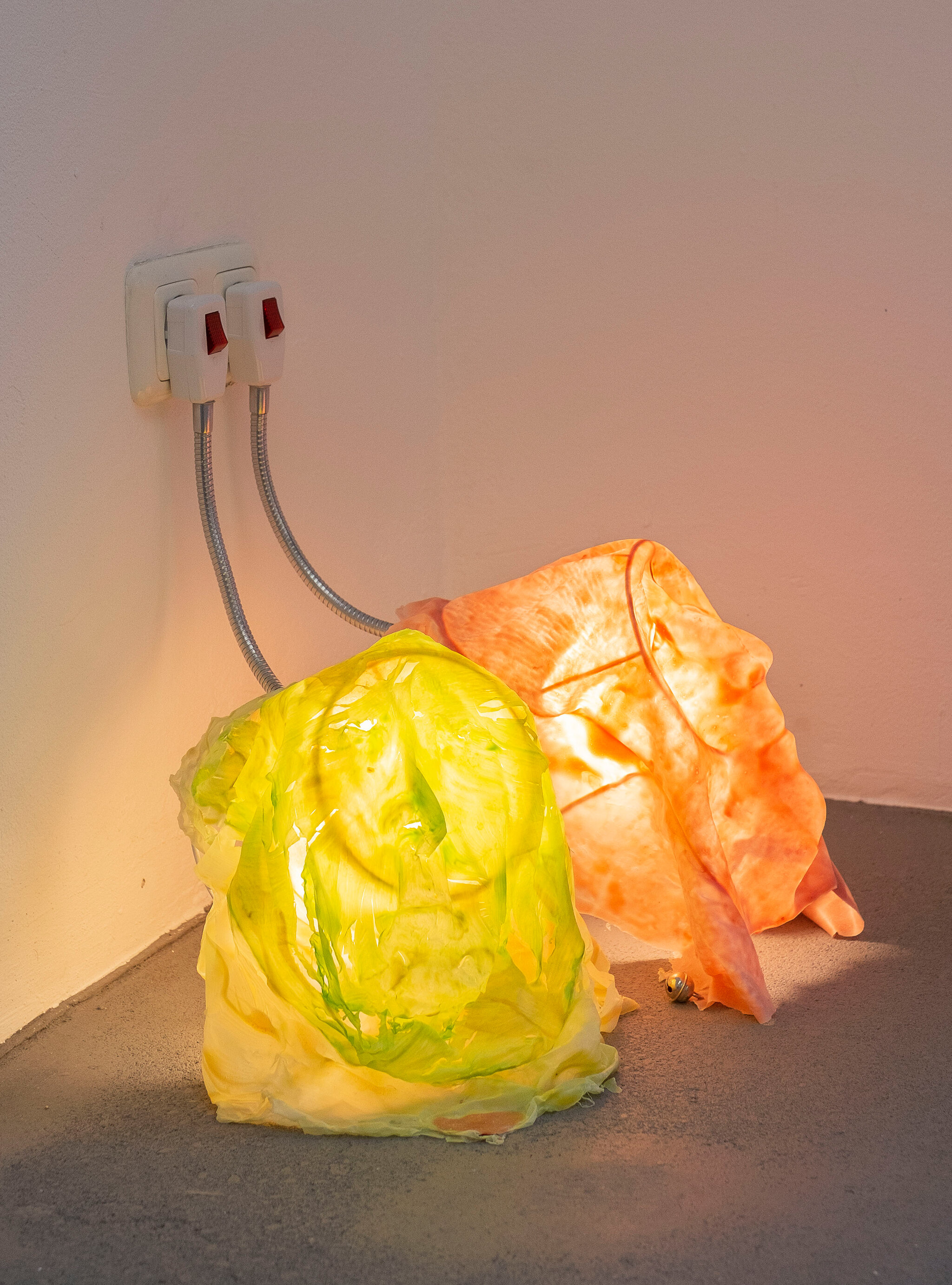 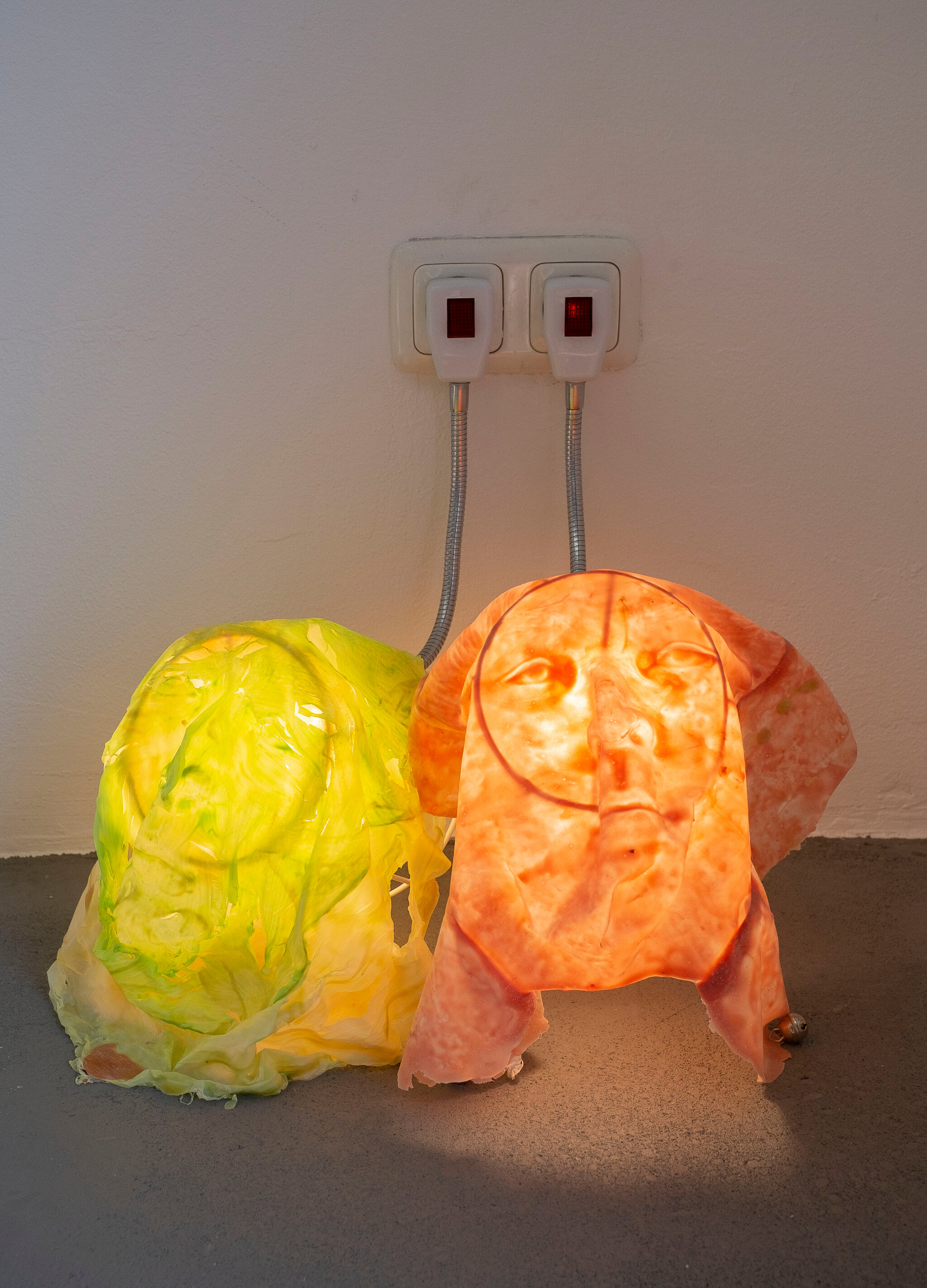 In her works Daphne Ahlers is predominantly concerned with symbols, forms and techniques, which relate to female countervailing power in the broadest sense. She represents soft sculpture in every sense - not only because she primarily uses flexible, soft materials, but also because her sculptures comment on and thwart the rigour of existing, authoritarian images and discourses. Even though her work is obviously rooted in a sculptural tradition, the actual subject of it is the plasticity of societal discourses due to a backward authoritarianism whose rigid, conservative worldview dissolves in the latex, silicone wool and foam of her work.

For Rinnen (German for both ‘gutters’ and ‘flowing’ ), her solo exhibition at the Neue Essener Kunstverein, Ahlers created amongst other works the site specific installation of a wall-mounted basin, whose form and narrative is based on the witches’ well of Edinburgh castle. The artist softened the loveless shape of this memorial to the prosecution and execution of allegedly Scottish witches by extending and shaping it into a gutter. Rather than letting all that is solid melt into air, she lets it flow and drain. 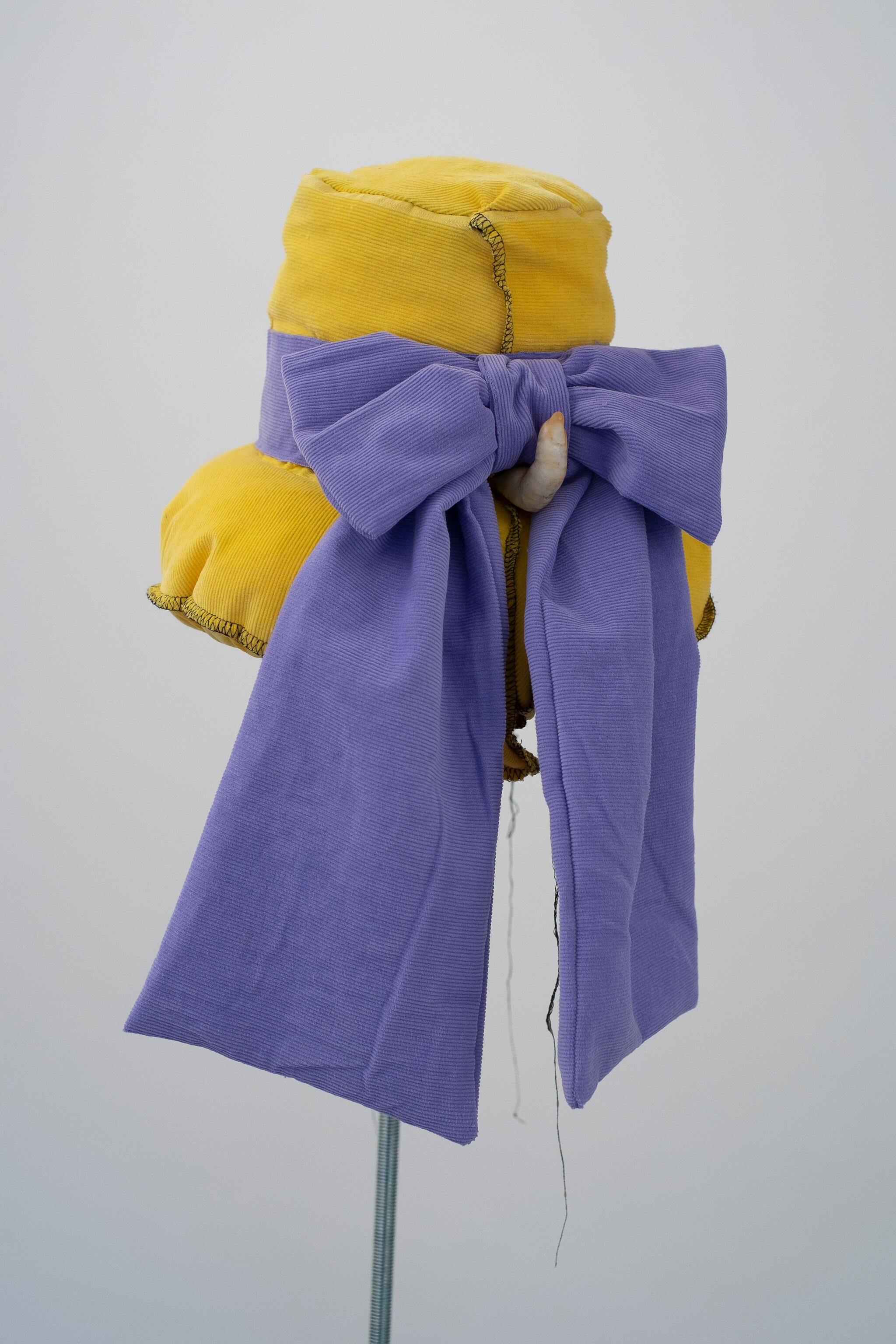 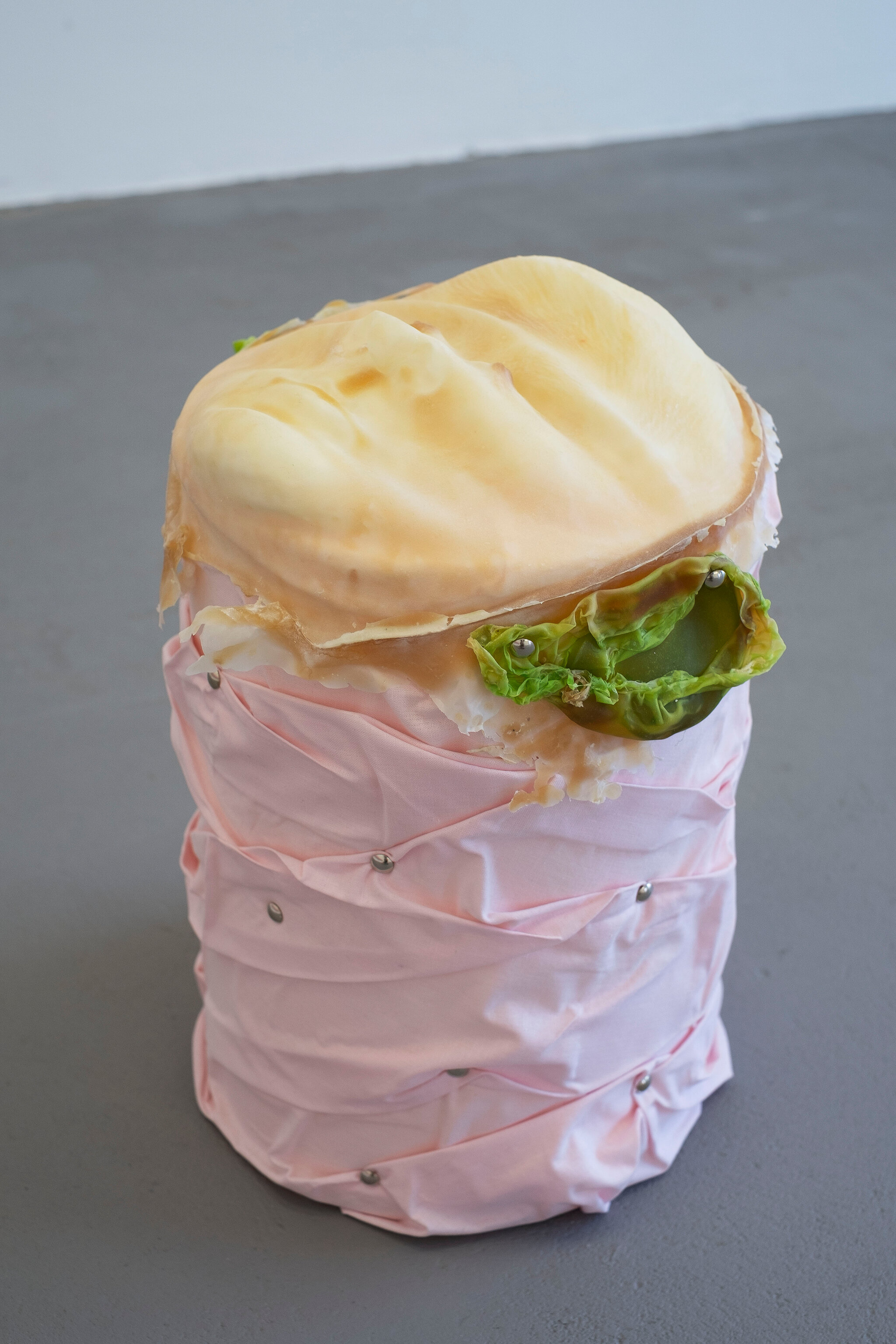