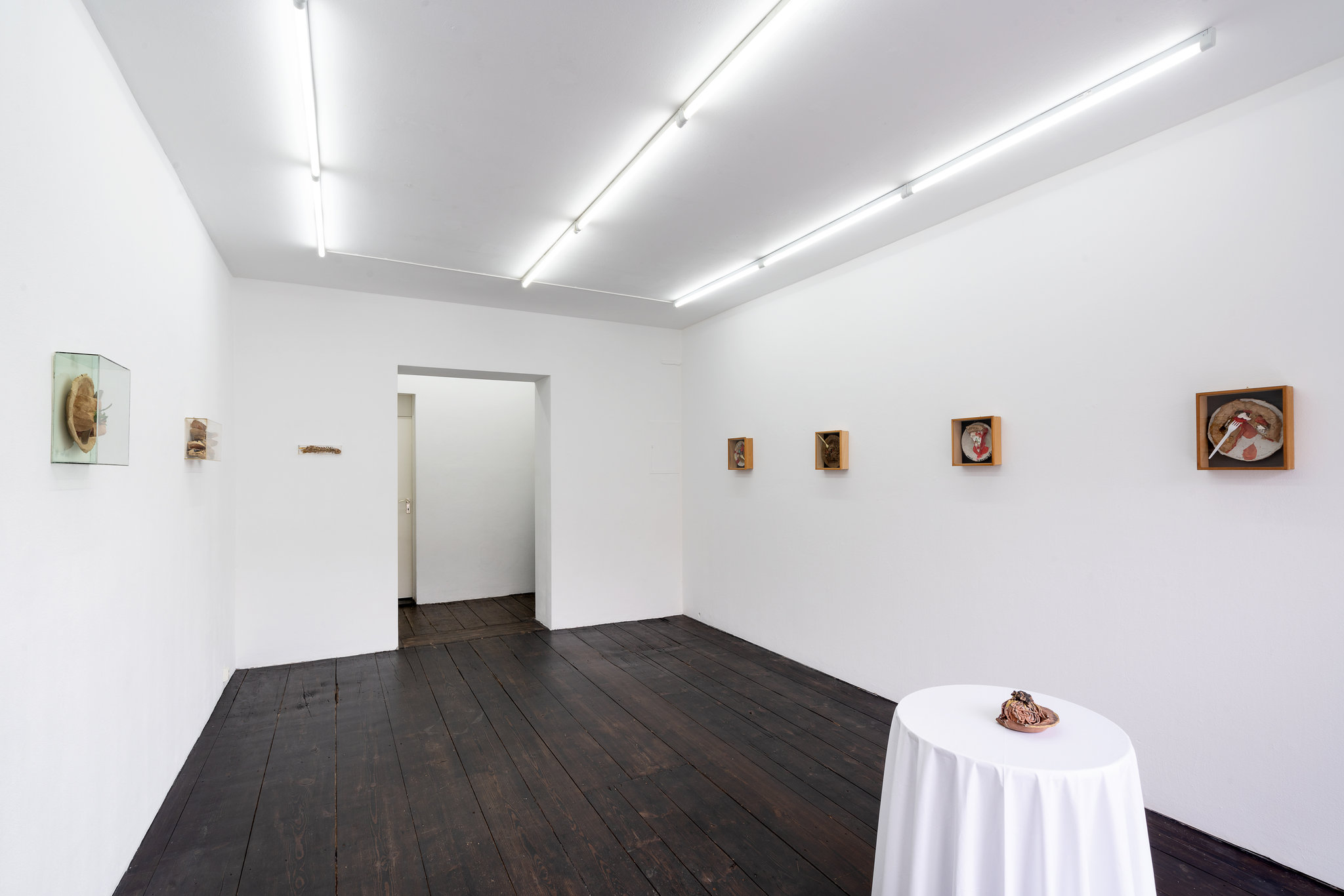 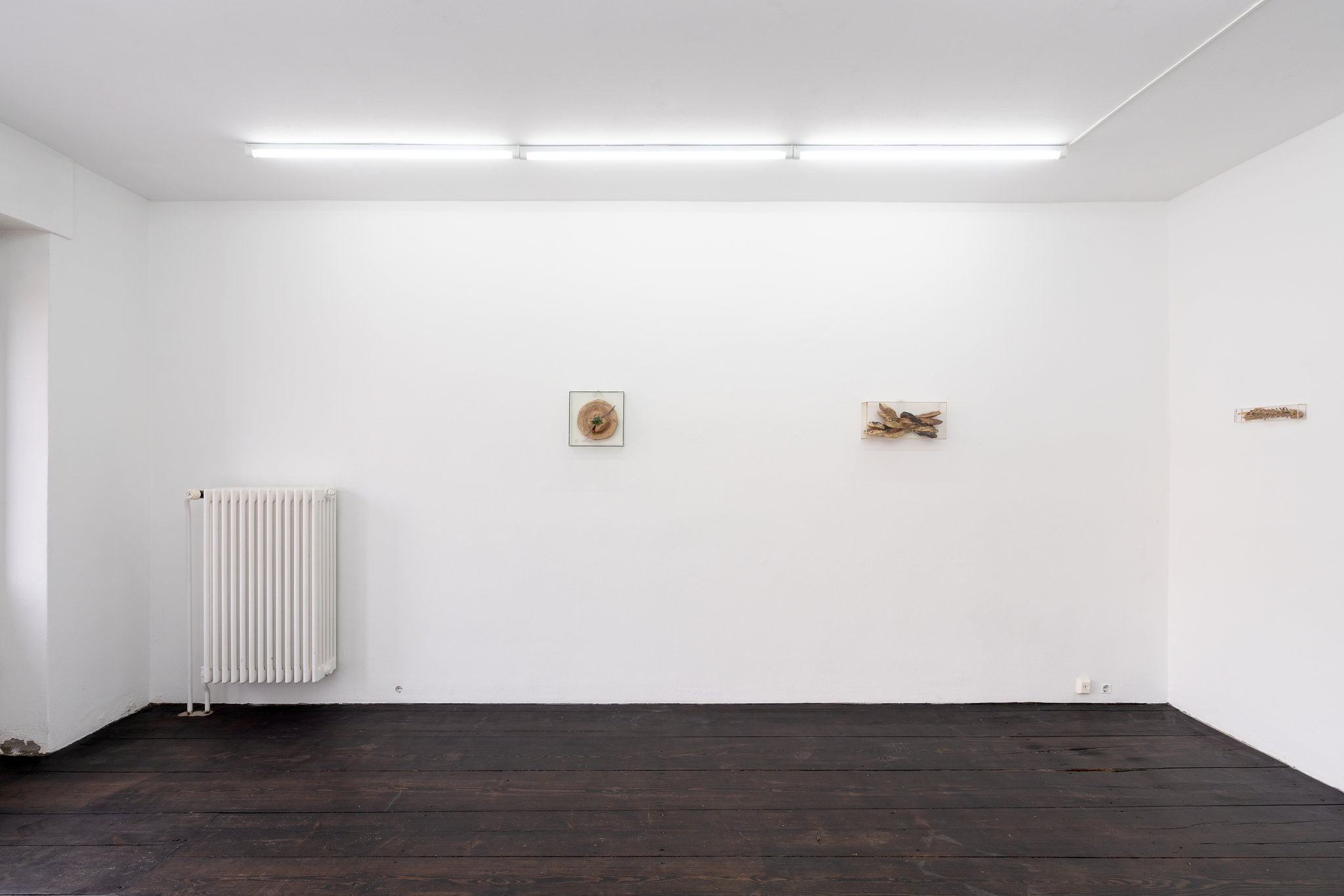 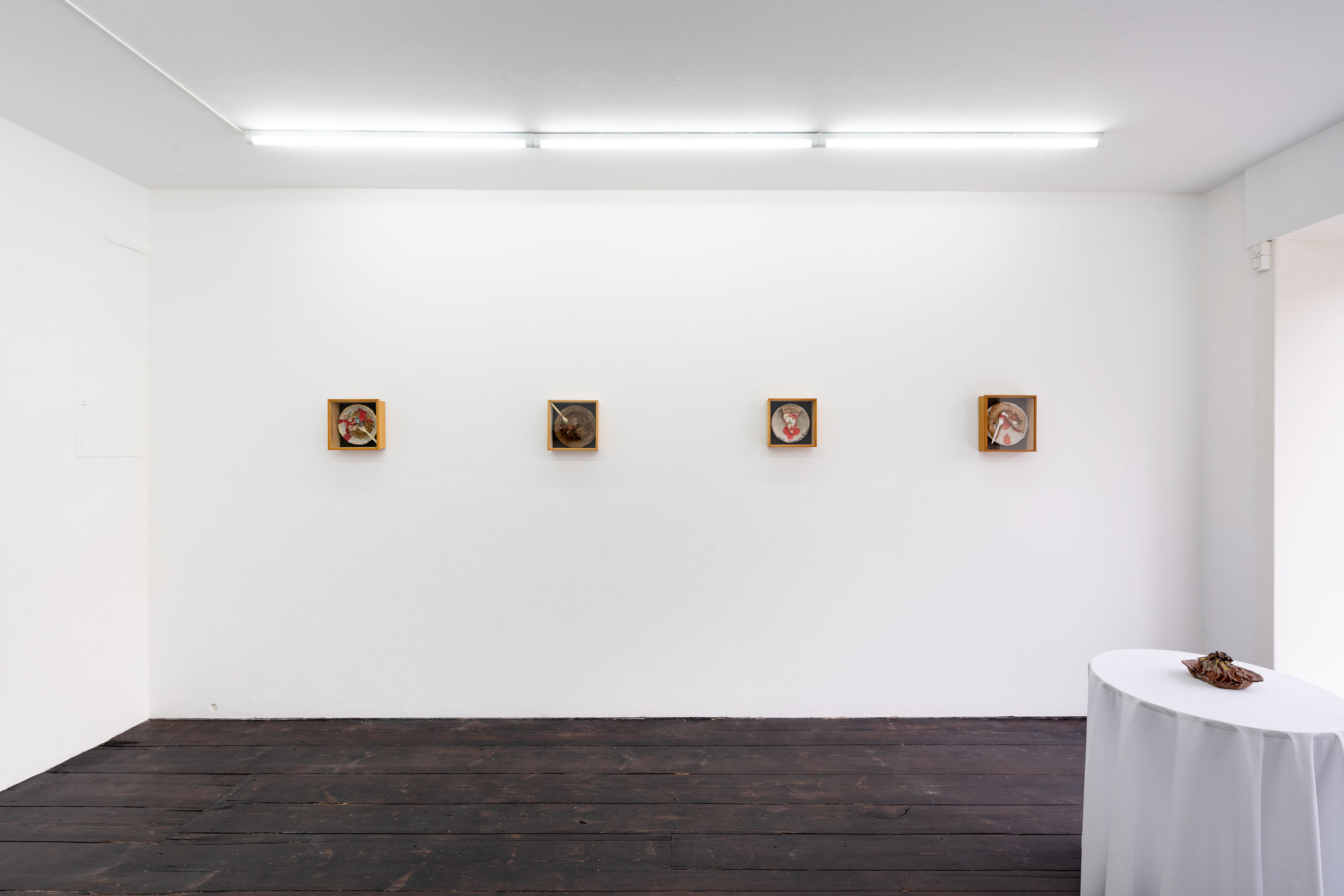 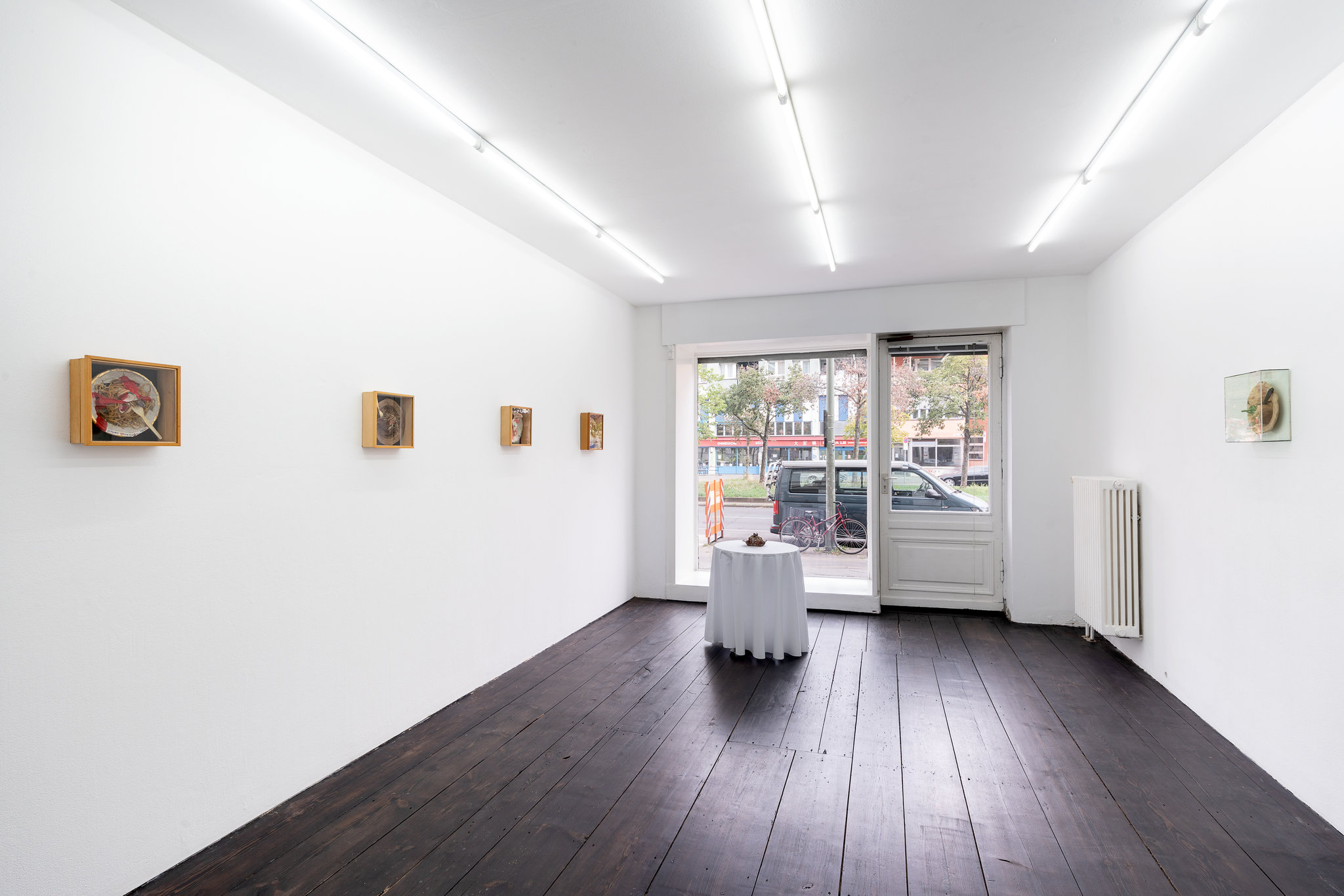 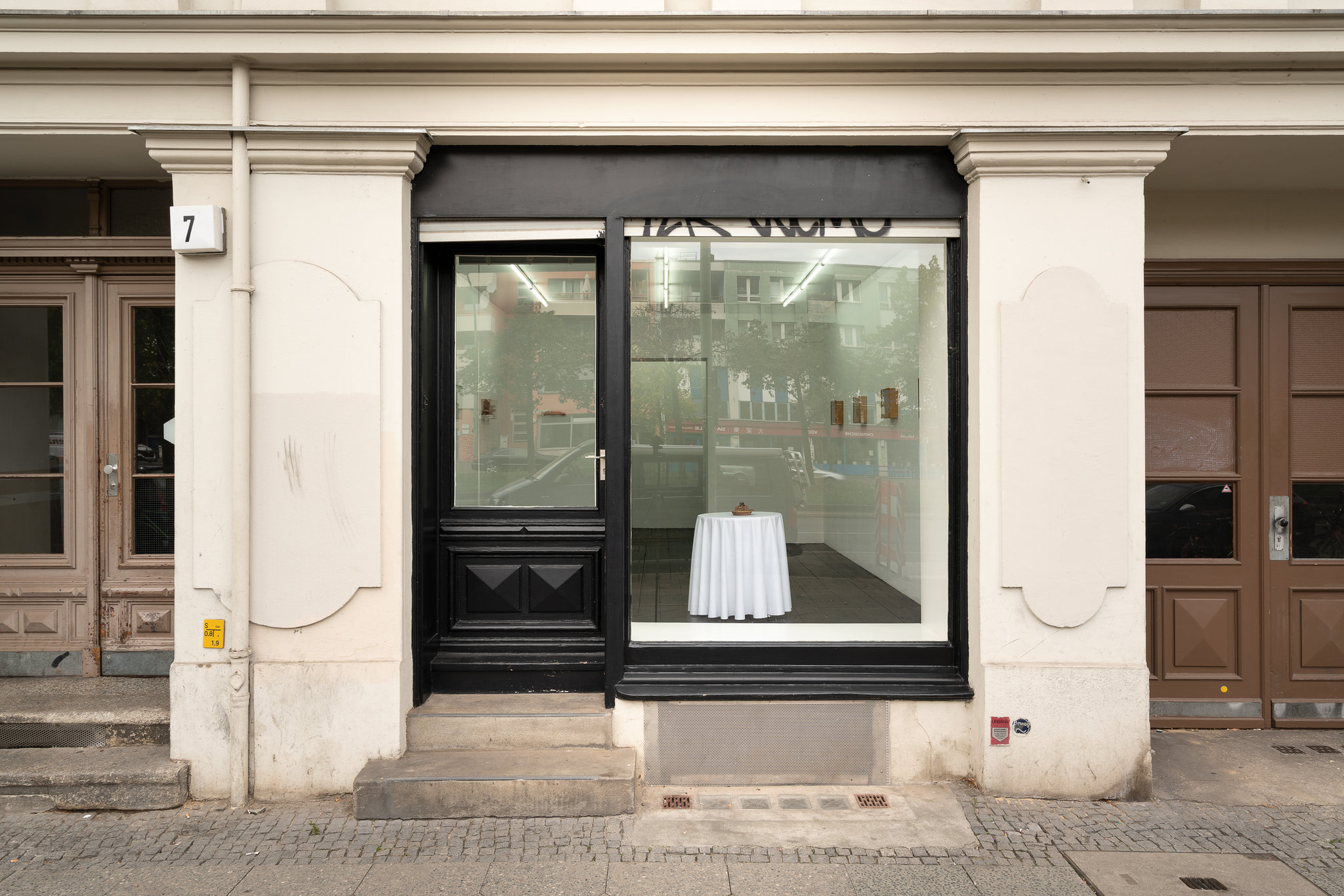 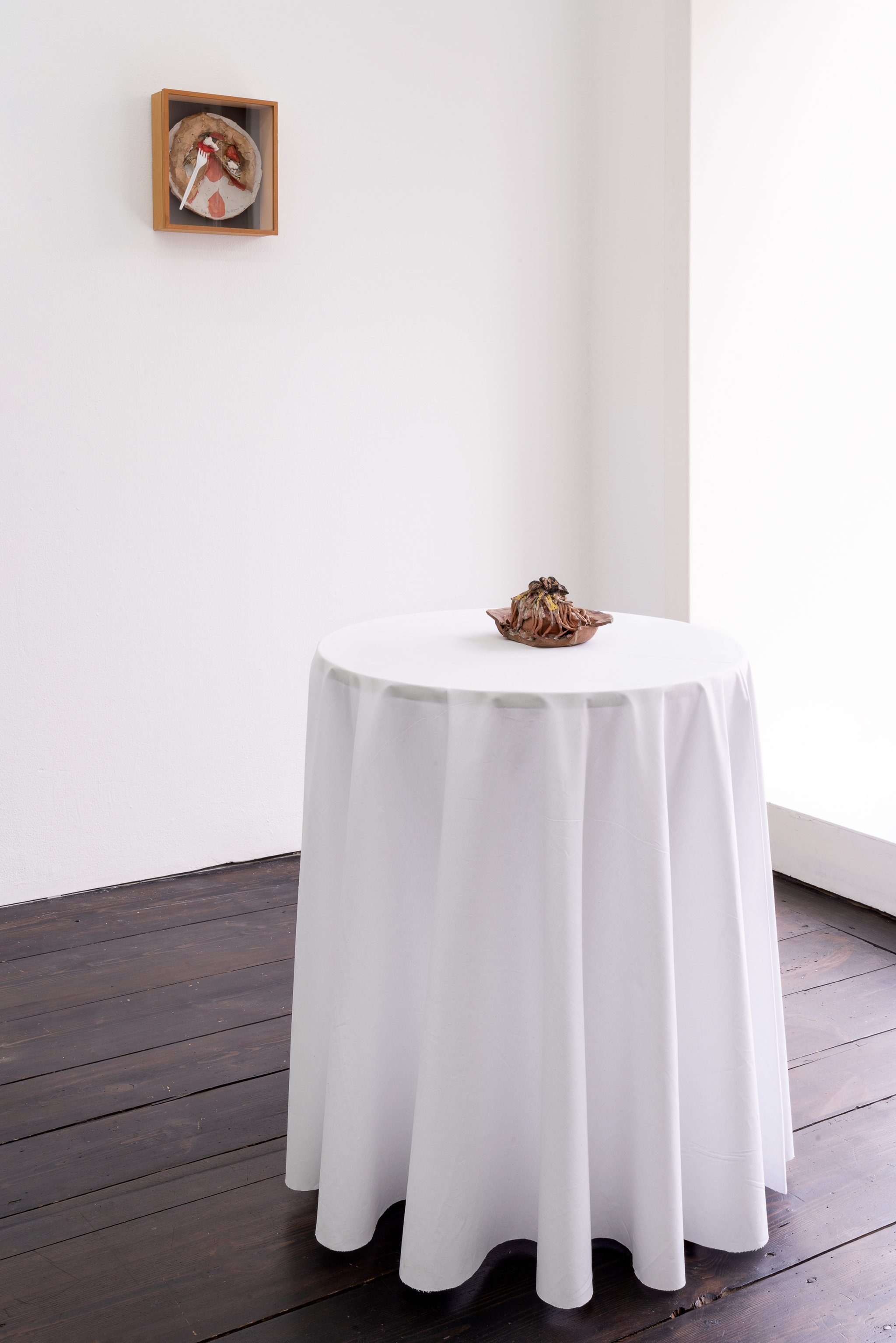 Emblematic of the artist’s distinctive use of papier-mâché, the body of work on view was initiated in the early seventies and, quite unconventionally, highlighted the traditional mixture of vinylic glue and paper as a chosen sculptural material.

The technique which Panaro experimented with, which also includes other materials such as shells, sand, kaolin, polystyrene and pasta, allows her to create open works that lend themselves to continuous plastic and expressive modification over time.

In Reliquiarium each sculpture is modelled as if it were made of clay, without using a negative form or cast. The work is then left to dry and later sealed in a plexiglass or wooden case to become a relic, exceptionally elusive to further manipulation. Produced between 1973 and 2001, this focused body of work exposes a complex and deeply intimate art-making, grappling with one-sided gender and cultural dichotomies, while also displaying a form of ferocious humour that playfully exploits the rhetoric of exaggeration to forceful effect. The largest pizza produced by Panaro in these years (100cm diameter) entitled ‘Reliquiarium’ (1973), as well as other seminal pieces from the same time, point to an overlooked discontinuity between their size and any volumetric consistency in real.

Panaro’s raw, expressionist skills generate powerful works imbued with an arbitrary sense of proportions and a very personal iconography. A plethora of rather enigmatic threads tie such parameters to the locality, sometimes serving as talismanic symbols of a city with two faces: one good-natured, another somewhat darker: Naples, a place of blood. For instance, the image of the mussel — sign of the female sex — as a spaghetti dressing, could easily be served as a postcard-like transfiguration of the artist’s geographical location and place of origin.

The first iteration of the “spaghetti with mussels” series, included in this presentation, was made on the occasion of two cult exhibitions by Panaro that took place in 1974 (Mitilomania and La ballata delle cozze, both at Galleria Ganzerli, Naples). Between the 1980s and the early 2000s, some of these works were revisited by Panaro, who produced similar versions with the same subject but in different materials, such as glazed ceramic and clay.

The recovery of figurative elements that characterises Panaro's art since the 1960s, following an early fascination with Informalism, shifts our attention to the real object, here deliberately defined in utmost detail. Her repertoire is gradually enriched with animal carcasses, gigantic mussels and fish bones. The wave of cholera that hit Naples in the early seventies is faced by Panaro via the sculptural rendering of the possible perpetrators: the fruits coming from the bay.

Panaro's dishes are similarly proposed with all their colours and the realistic conformation of their ingredients. They are tempting servings, but it is possible to devour them only with the eyes. The fact that the aesthetic pleasure is entrusted to a denied pleasure of the palate belongs to the playful twist of Panaro, who while winking to a rituality of her people, at the same time, desecrates the many clichés of a cultural standard.

The belated, deserved recognition of Panaro’s work by an art world now fixated on engendered representation could oversimplify her originality, and risks to reduce the richness of a deeply innovative practice that continues to contribute to the current discourse around the autonomy of sculpture. At the same time, Panaro is in no way eager to shirk the task of depicting her historical belonging to a regional scene.

Panaro recently revealed an ulterior perspective on her practice: “Touch — marks the limits of how we come to know ourselves both in and beyond our finitude. Touch is key, as it enriches our techniques of knowing, it makes possible a rediscovery of the modalities of movement, matter, and sense that comprises our subject and object worlds”. Thematically, touch will recur in Panaro's discussions of artworks, and in her explorations of the textured expressions of performance and social practice, to which most of these works are irreducibly linked. 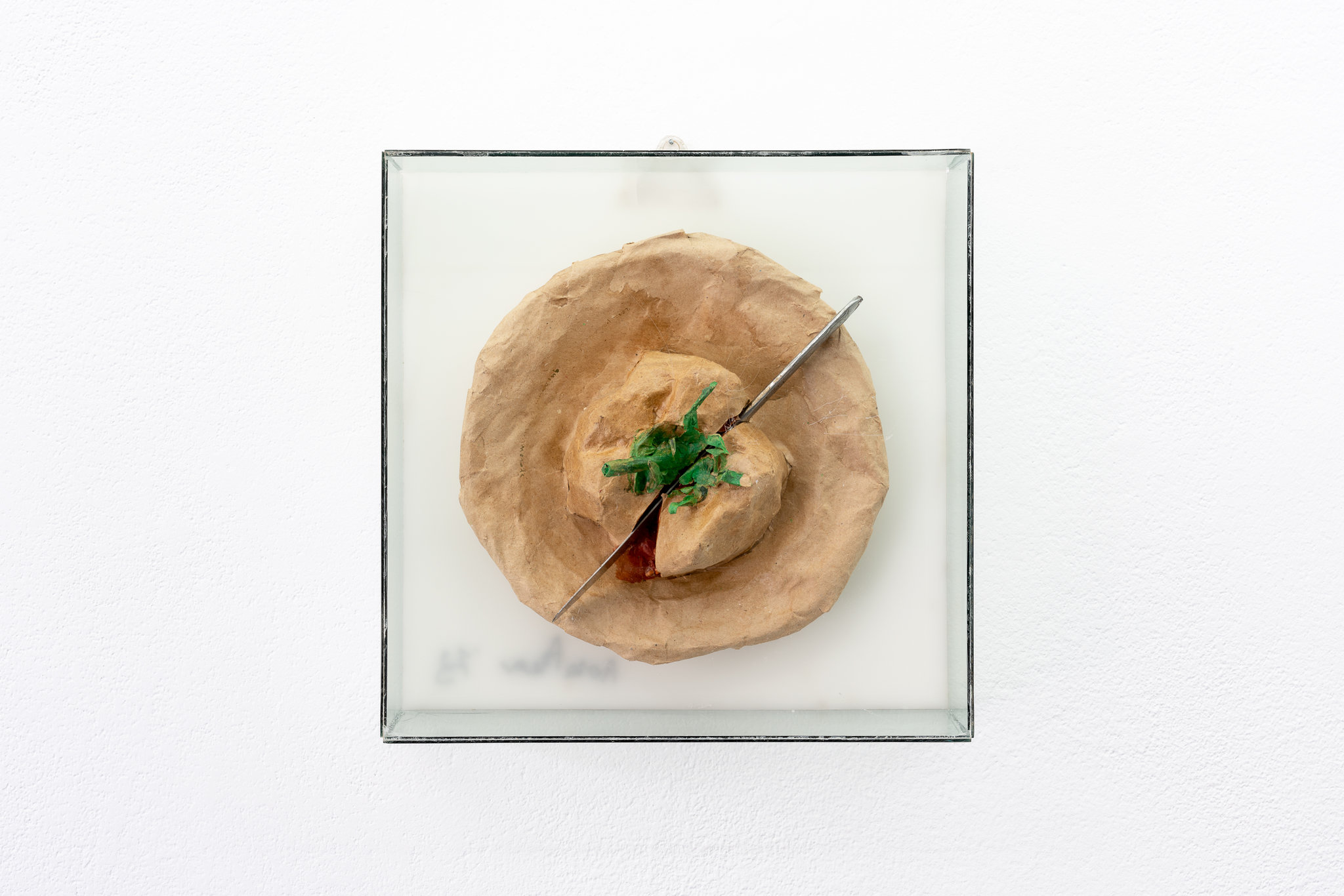 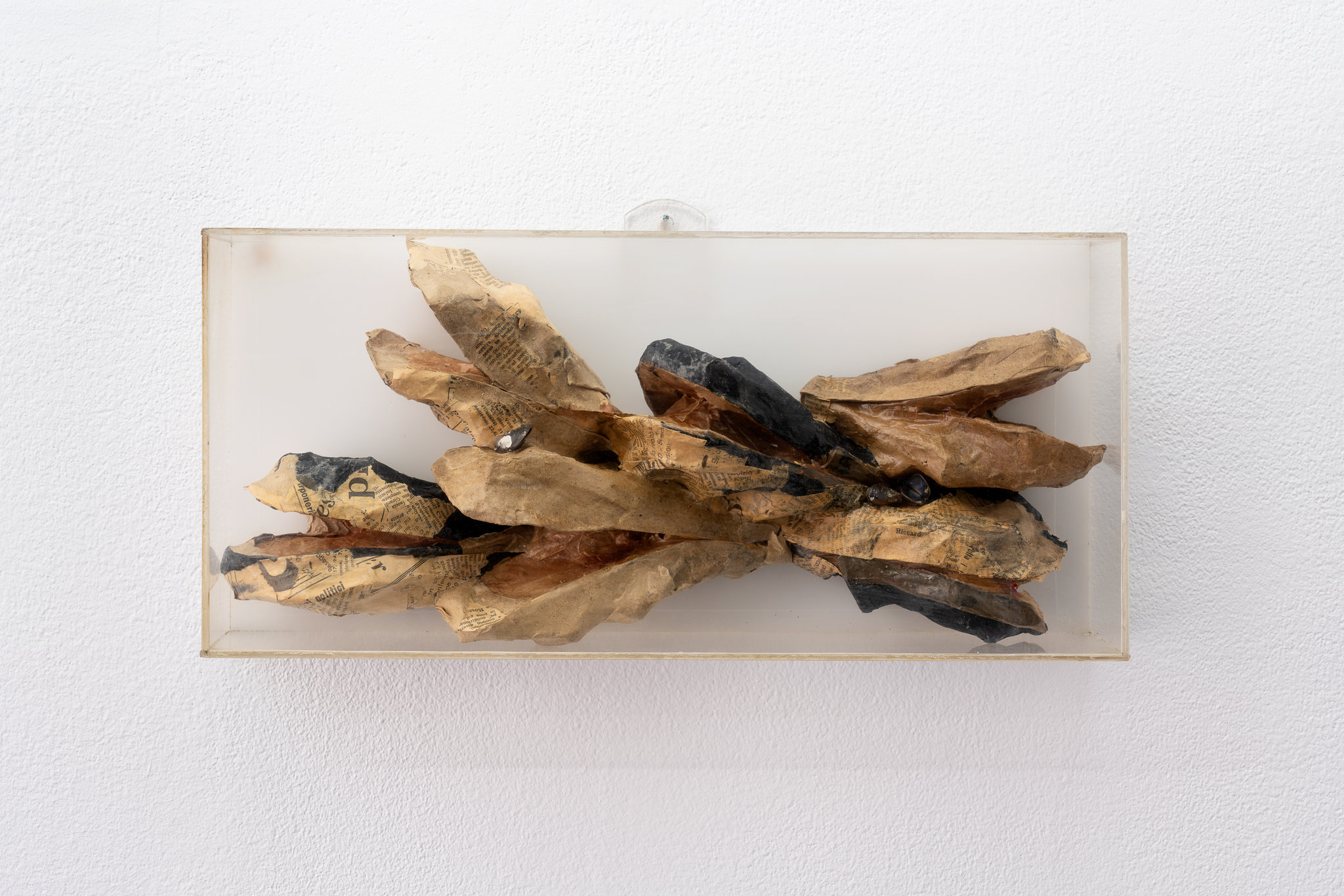 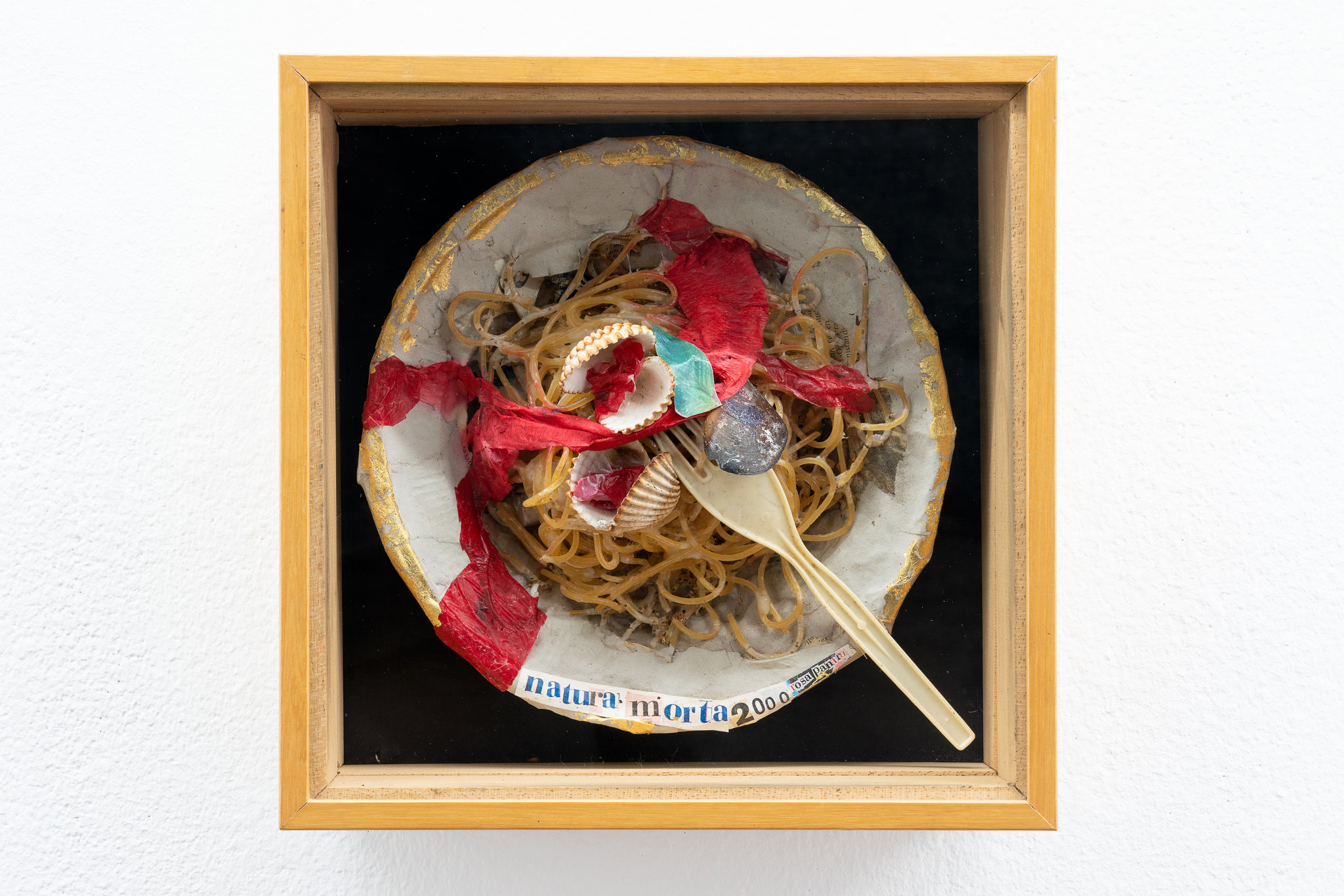 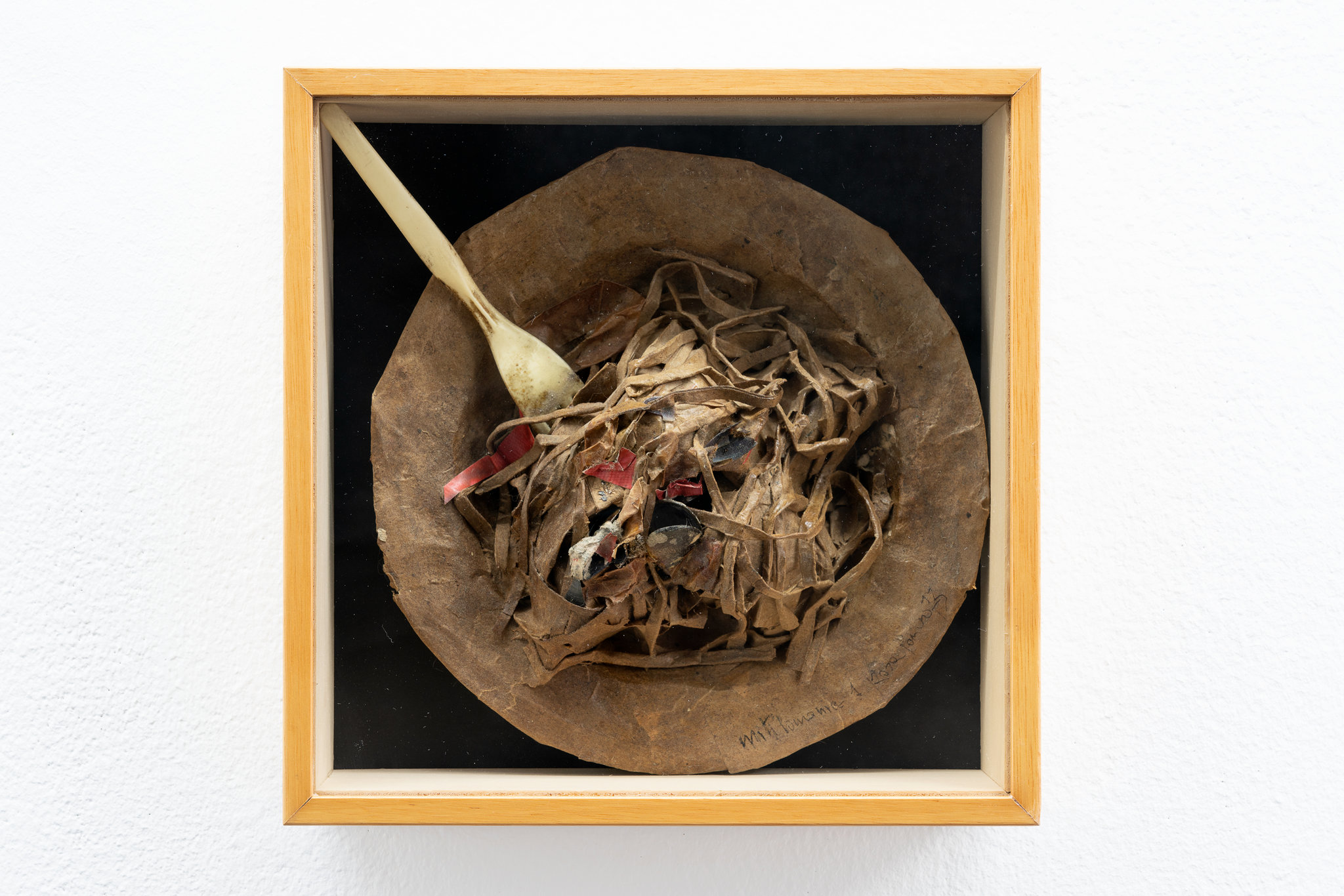 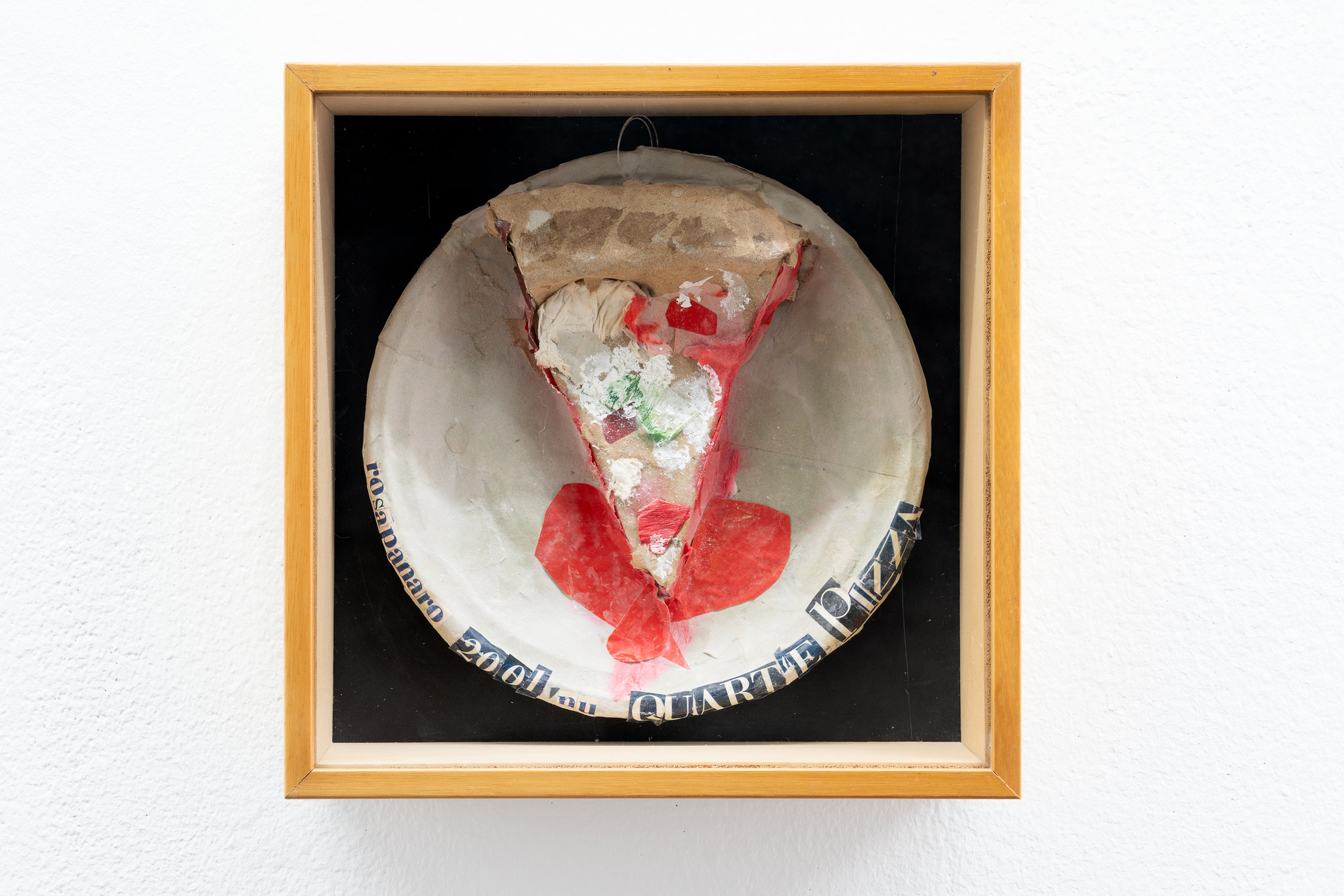 Papier-mâché and paint in wooden case 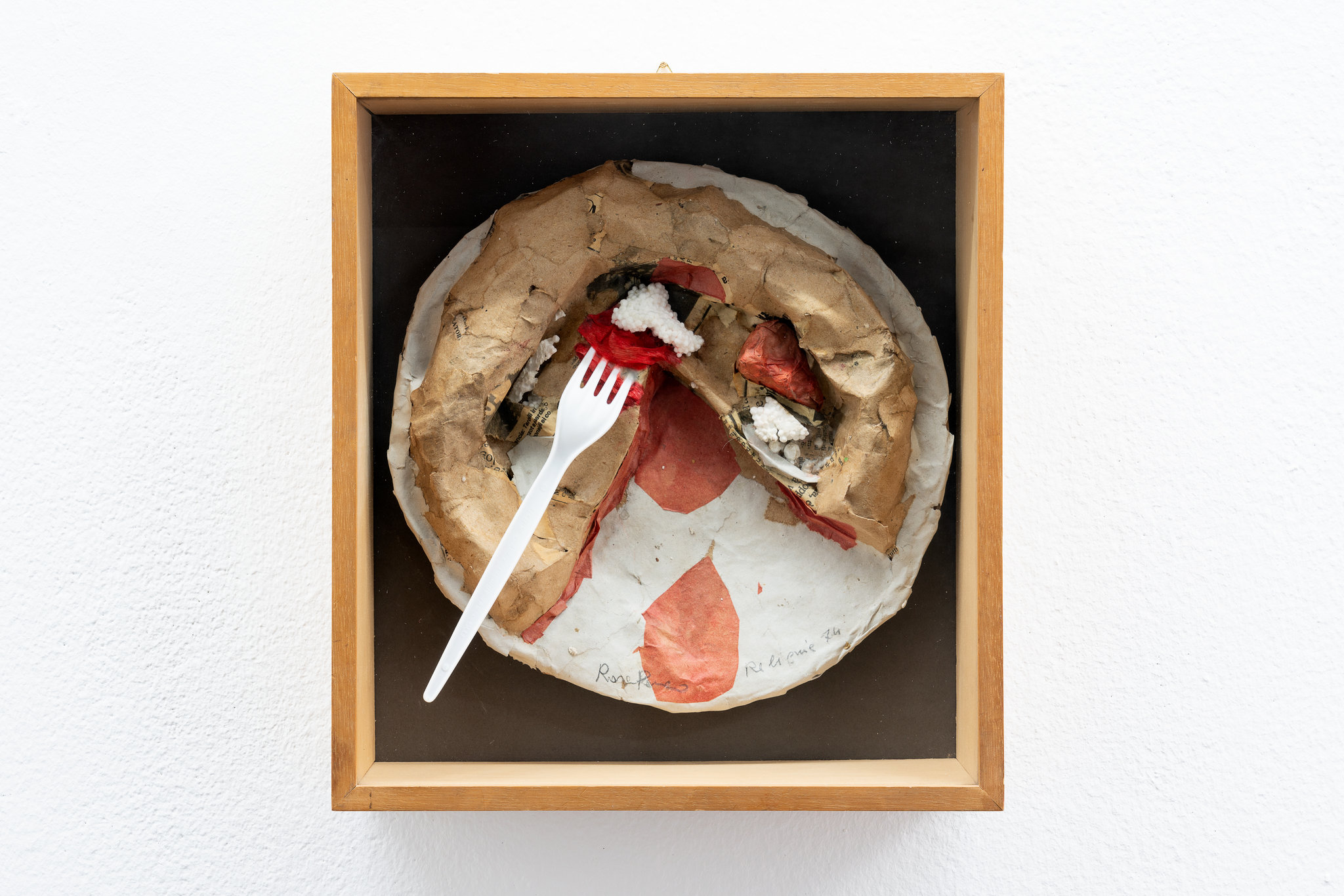